National White House Adviser: Canada’s Trudeau ‘Stabbed Us in the Back’
National 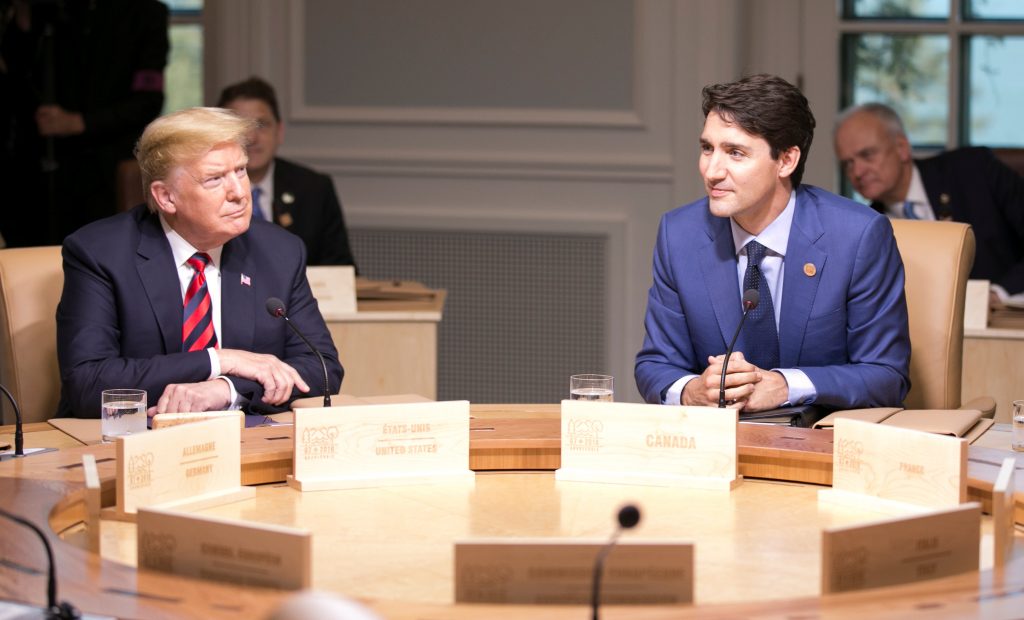 The top White House economic adviser accused Canada’s prime minister on Sunday of betraying President Donald Trump with “polarizing” statements on U.S. trade policy that risked undermining the American leader on the eve of a historic summit with North Korea.

Larry Kudlow, director of the National Economic Council, lashed out at Canadian Prime Minster Justin Trudeau as “amateurish” and “sophomoric” for a news conference he gave after Trump left the Group of Seven summit on Saturday.

Those remarks prompted Trump to pull out of a joint communique that was a fragile consensus on the trade dispute between Washington and its top allies, Kudlow said.

“He held a press conference and he said the U.S. is insulting. He said that Canada has to stand up for itself. He says that we are the problem with tariffs. The non-factual part of this is – they have enormous tariffs,” Kudlow said to the CNN. “Here’s the thing,” he added. “He really kind of stabbed us in the back.”

In his news conference after hosting the two-day G-7 summit in Quebec, Trudeau said Canada would take retaliatory measures next month in response to Trump’s decision to slap tariffs on steel and aluminum imports from Canada, Mexico and the European Union. Canadians, he said, “will not be pushed around.”

The comments, made after Trump had left to go to Singapore for his much-anticipated meeting with North Korean leader Kim Jong Un, infuriated the president, who lambasted Trudeau on Twitter.

Trump negotiated in good faith on the communique agreed by the other members of the G-7, only to have Trudeau criticize U.S. policy after he left, Kudlow said. “It is a betrayal,” he said.

Kudlow also accused Trudeau of trying to undermine the U.S. president at a critical time before his summit with the reclusive Kim on Tuesday.

“POTUS is not going to let a Canadian prime minister push him around on the eve of this,” Kudlow said, using an acronym for president of the United States. “He is not going to permit any show of weakness on the trip to negotiate with North Korea.”