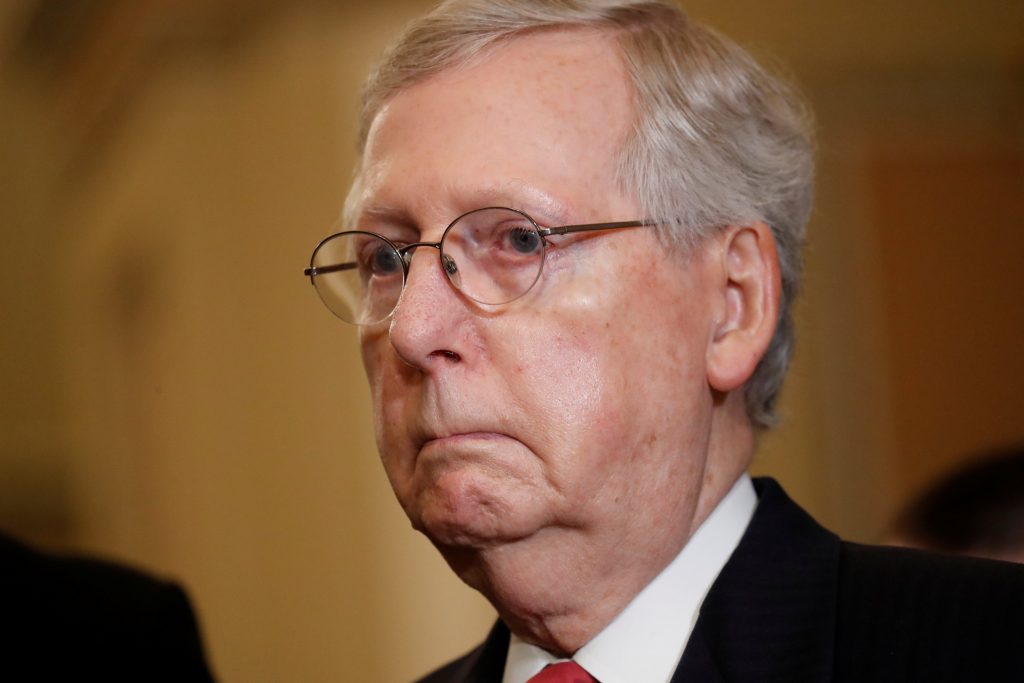 Senate Majority Leader Mitch McConnell said Tuesday he was canceling most of the Senate’s time-honored August recess, an election-year move that could help lawmakers clear extra work while keeping vulnerable Democratic senators off the campaign trail.

McConnell, R-Ky., said he decided to shorten the usual summer getaway “due to the historic obstruction by Senate Democrats of the president’s nominees.”

He also said he wants to pass as many annual spending bills as possible before the Sept. 30 end of the federal fiscal year. Leaders hope that would diminish the chances for a budget standoff that could spark a politically damaging government shutdown.

Democrats nursing long-shot hopes of winning Senate control in the November elections have far more senators facing re-election than the GOP does, so it’s in Republicans’ advantage to keep senators at the Capitol. Ten of those Democrats are from states Donald Trump won in the 2016 presidential election. Republicans control the Senate 51-49.

Republicans are also eager to approve as many of Pres. Trump’s nominations and as many bills as possible to show voters that the GOP-run government can produce results.

Republicans said Senate Democrats have forced 100 procedural votes to free up Trump’s executive and judicial nominees, which they said were far more than the six previous presidents combined had experienced during their first two years in office.

Democrats say Republicans brought consideration of President Barack Obama’s judicial nominees to a near halt during his final two years. Meanwhile, they say, Trump secured a record number of circuit court judges in his first year, 12, to just three for Obama in his first year. Democrats are also still upset over McConnell’s refusal to hold hearings or votes on Pres. Obama’s Supreme Court nominee, Merrick Garland.

McConnell announced his decision a month after Senate conservatives and the White House said he should keep the Senate in session longer, either by working longer weeks or shortening the summer recess.

The House is still planning a five-week break beginning July 27, which would limit the legislative work the Senate can achieve alone.

Not all is lost for senators, aides and other Capitol denizens hoping to relax. McConnell’s office said senators will likely be on a break for the first full week of August before returning for the rest of the month.

Last year, McConnell also announced he would delay the chamber’s five-week August break by two weeks. But the Senate’s late-July defeat of the Republican effort to repeal Obama’s health- care law took the wind out of the GOP’s sails and they ended up staying just one week longer.