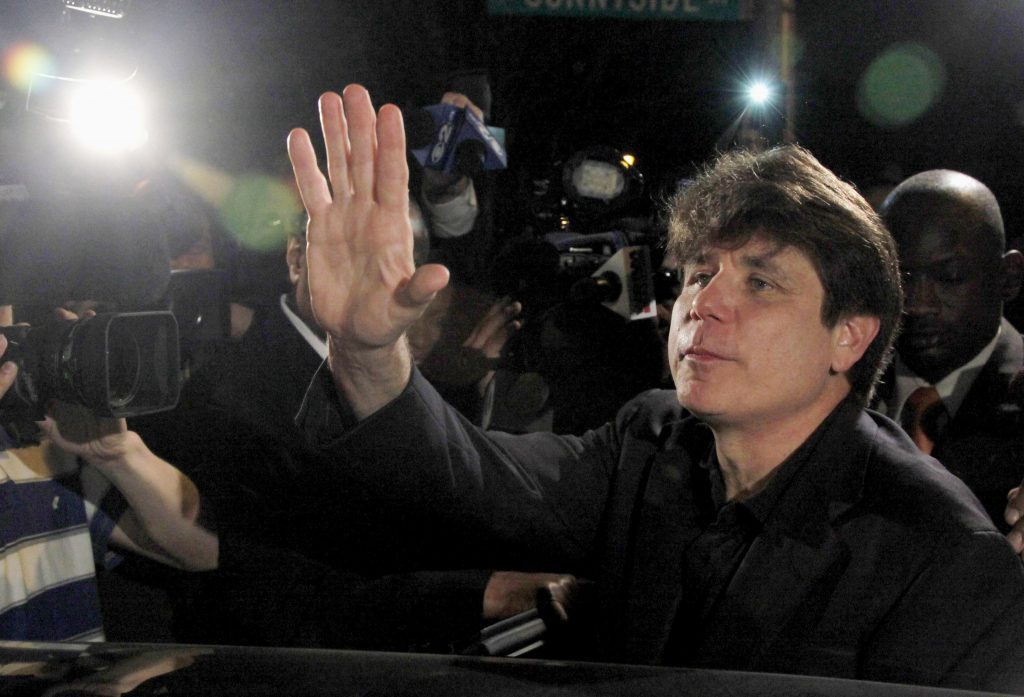 A spokesman for Blagojevich’s lawyers told the Chicago Tribune it was submitted Tuesday to the Department of Justice. The Chicago Sun-Times reports the paperwork is a formality and that Pres. Trump doesn’t necessarily require it to act.

Pres. Trump last week broached the possibility of freeing the 61-year-old, suggesting the one-time “Celebrity Apprentice” contestant was convicted for “being stupid.” But many Illinois voters regarded Blagojevich’s corruption as brazen. His convictions included attempting to extort a children’s hospital.

Blagojevich’s wife, Patti, recently went on a media blitz to encourage Trump to intervene to reduce her husband’s sentence.