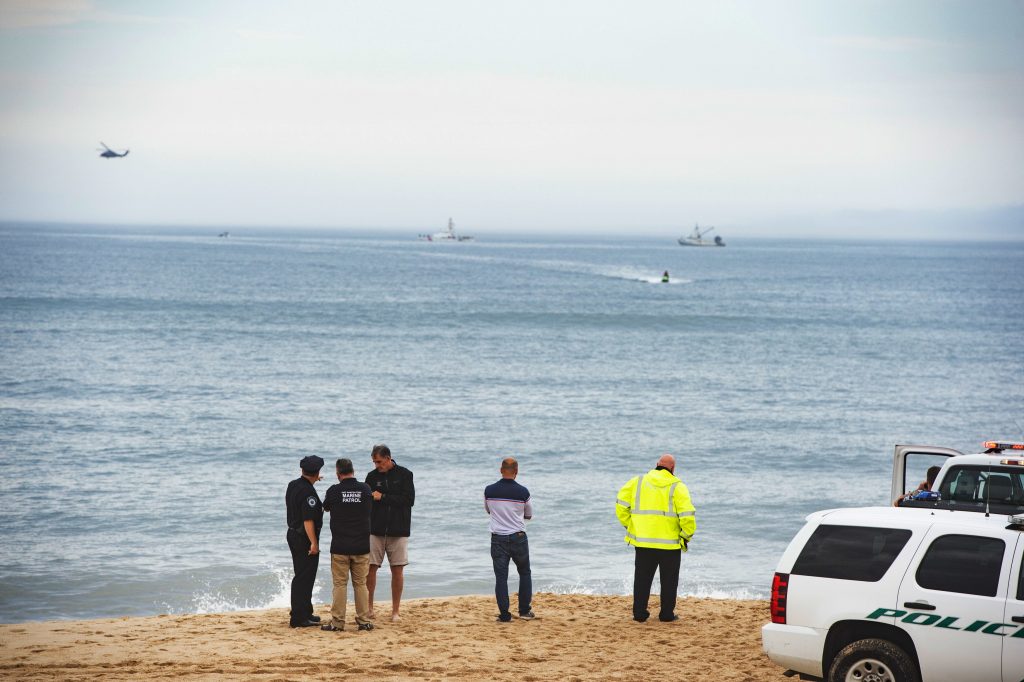 East Hampton Town Police identified the four people onboard the plane as 70-year-old Bernard Krupinski, 70-year-old Bonnie Krupinski, 22-year-old William Maerov and 47-year-old Jon Dollard. It was not immediately clear which of the four are dead and which are missing.

The Federal Aviation Administration said the Piper PA31 aircraft went down about 3 p.m. Saturday. The crash scene was about a mile and a half south of East Hampton. Saturday’s weather included severe thunderstorms in the area.

The National Transportation Safety Board will investigate the cause of the crash.

Eastern Long Island is known for its celebrity presence, with many wealthy and prominent individuals spending time there, particularly in the summer months.

Small planes and helicopters are popular, as a way to avoid the bumper-to-bumper traffic on the Long Island Expressway.

Bernard Krupinski grew up in East Hampton before starting his business, Ben Krupinski Builders, there. He was a prominent builder of celebrities’ homes.