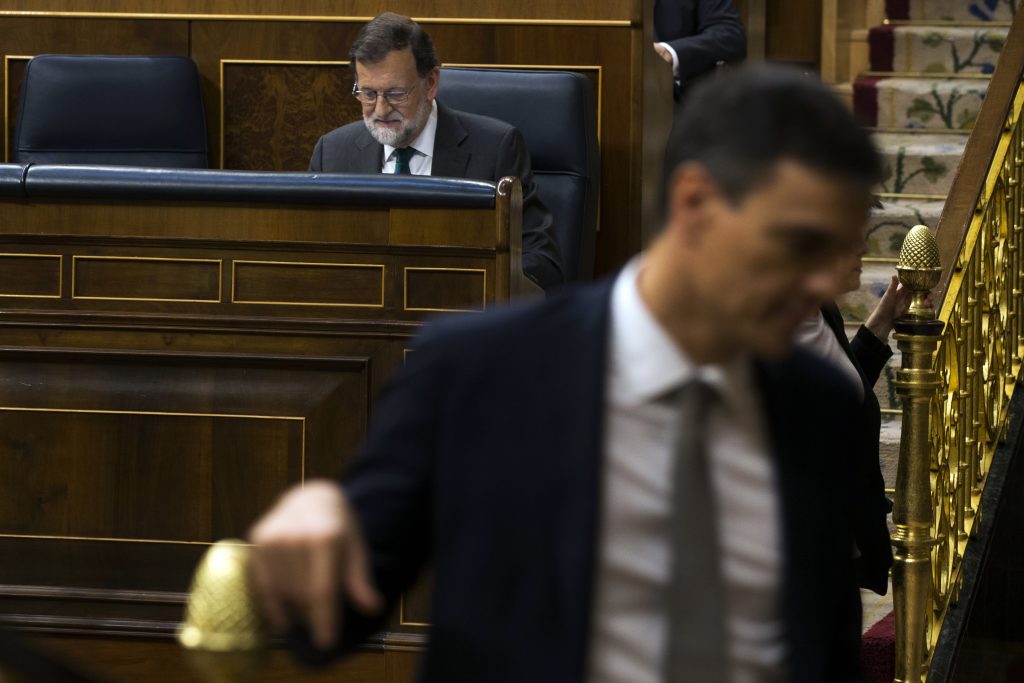 A Basque nationalist party’s announcement that it would vote in favor of the motion spelled the almost certain end of Prime Minister Mariano Rajoy’s mandate and foretold the stunning collapse of his minority government in a parliamentary vote Friday, when it will be short of support to survive.

Officials of Rajoy’s Popular Party dismissed speculation that he might resign ahead of the vote.

“The PP has faced up to all the problems that have come its way,” party secretary-general and Defense Minister Maria Dolores de Cospedal told reporters, adding that Rajoy would be present for the ballot that is expected to oust him.

The impending downfall of Rajoy’s government after ruling for nearly eight years came just days after the Popular Party’s reputation was badly damaged by a court verdict that identified it as a beneficiary of a large kickbacks-for-contracts scheme.

The unexpected development injected a new element of tension into European Union politics and global financial markets, already unsettled by Italy’s struggles to install a government since a March 4 election.

Under a Spanish law that prevents a power vacuum, Socialist leader Pedro Sanchez, who tabled the no-confidence motion, would immediately become the new leader of the 19-country eurozone’s No. 4 economy and a prominent EU leader at a time when the bloc faces numerous challenges.

In the no-confidence debate, Sanchez, 46, called on Rajoy to step down over the kickbacks scandal.

“Are you ready to step down here and now? Resign and everything will end,” Sanchez told the prime minister as he listened from his seat in parliament. “Mr. Rajoy, your time is up.”

Rajoy responded by accusing Sanchez of a power grab.