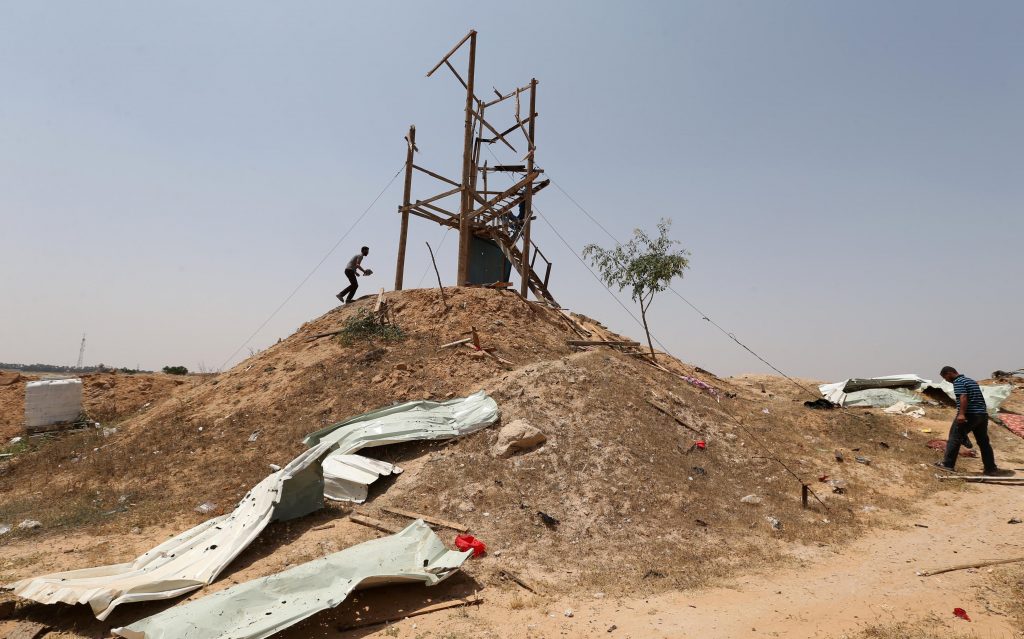 An IDF tank fired on a Hamas position in the southern Gaza Strip on Sunday morning, after Palestinians planted an explosive device along the security fence, in the latest exchange along the restive border, the army said.

Two Islamic Jihad members were killed and a third was wounded at their observation post in the Israeli strike, near the city of Rafiach, Palestinian sources said.

The IDF said the improvised explosive device (IED) was placed along the security fence on Shabbos.

“Its goal was to injure the soldiers operating in the area. It was neutralized this morning by the IDF,” the army said.

In order to neutralize it, the army used a robot to detonate the explosive under controlled conditions. The explosive device went off during the clearing procedure, said the IDF.

B’chasdei Shamayim, no injuries to IDF soldiers were reported.