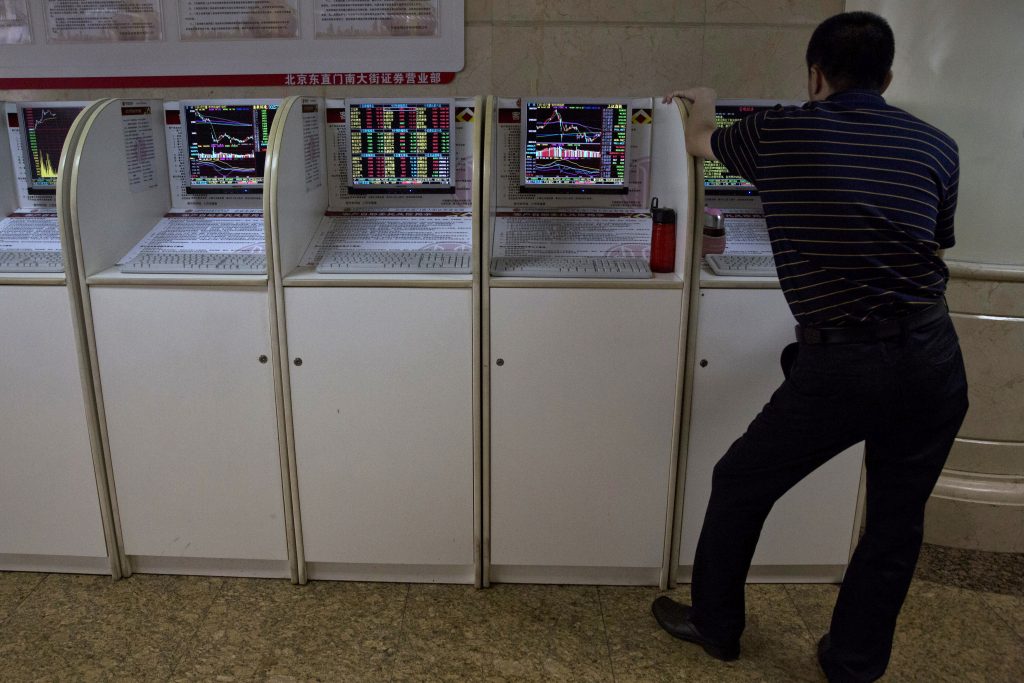 Treasury Secretary Steven Mnuchin said the United States postponed its proposal to raise tariffs on Chinese goods worth up to $150 billion. That helped ease investor concerns that the two biggest economies might be headed for a trade war. President Donald Trump is threatening the tariff hike over complaints Beijing steals or pressures foreign companies to hand over technology. The two sides gave no indication how much progress they made toward ending their dispute and said hostilities could revive.

The euroskeptic 5-Star Movement and the right-wing League identified a 53-year-old law professor with no political experience as their pick to become Italy’s next premier. League leader Matteo Salvini called the candidate, Giuseppe Conte, an expert in trimming bureaucracy, “which is what many companies are asking for.” The prospect of a 5-Star-League government has weighed on markets. Their agenda includes pension changes, a minimum salary for struggling Italians and a flat tax. Economists and European Union policymakers worry that that will increase Italy’s debt burden.

Benchmark U.S. crude gained 37 cents to $72.71 per barrel in electronic trading on the New York Mercantile Exchange. The contract jumped 98 cents on Monday to close at $72.35. Brent crude, used to price international oils, rose 54 cents to $79.76 per barrel in London. It added 71 cents the previous session to $79.22.