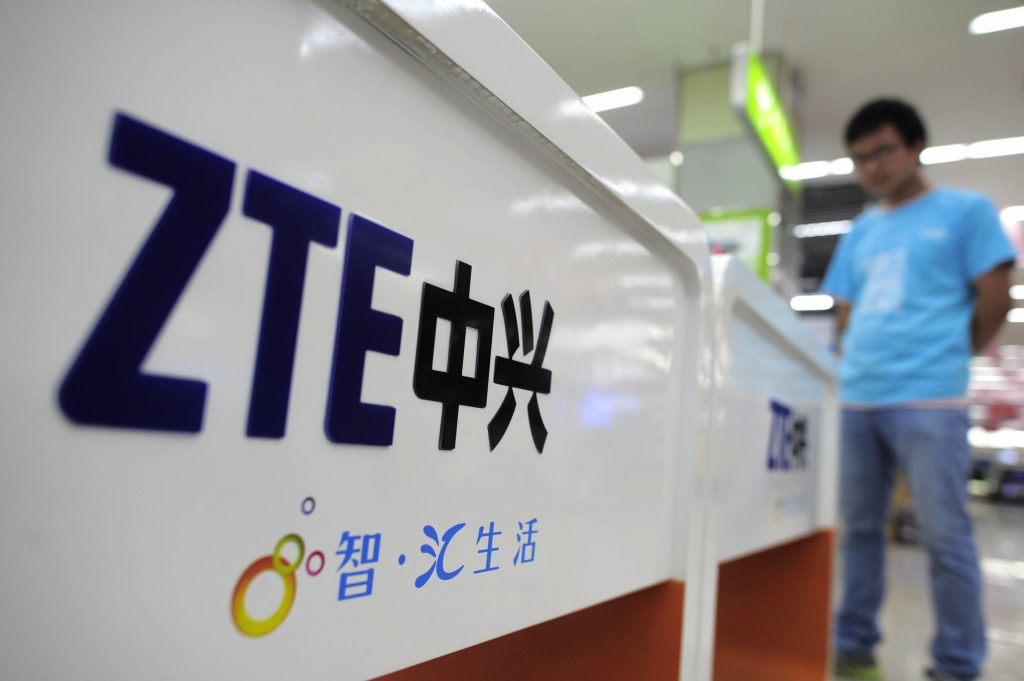 “President Xi of China and I, are working together to give massive Chinese phone company, ZTE, a way to get back into business, fast,” Trump tweeted. “Too many jobs in China lost. Commerce Department has been instructed to get it done!”

The comment marks a dramatic shift in tone for a president who has long accused China of stealing U.S. jobs — and could presage a reversal of one of the Trump administration’s toughest actions to date against a Chinese company.

In April, the Commerce Department penalized ZTE for violating a settlement with the U.S. government over illegal shipments to Iran and North Korea. As a result, the Trump administration barred U.S. firms for seven years from exporting parts to ZTE, the fourth-largest smartphone manufacturer in China, including critical microchips.

Lacking critical equipment, ZTE halted operations, stressing in a statement Wednesday that it is “actively communicating with the relevant U.S. government departments in order to facilitate the modification or reversal” of the Commerce Department’s order.

The White House did not immediately respond to a request for comment. A ZTE spokesman also did not respond to an email seeking comment.

Trump’s offer for aid comes at a moment of sky-high trade tensions between the United States and China. Trump has proposed tariffs on as much as $60 billion in Chinese goods, and Beijing has responded in kind, prompting only continued threats from the president, who lamented the trade deficit between the two countries during the 2016 presidential campaign.

Recently, though, the Trump administration also has sought to limit the encroachment of Chinese telecommunications firms in the United States. The Defense Department in April ordered military exchanges to cease selling ZTE phones on U.S. bases. And the Federal Communications Commission recently moved toward prohibiting U.S. Internet providers that receive federal funds from spending them on equipment made by companies such as Huawei, another major Chinese telecom player.

The U.S. government initially penalized ZTE in 2017, requiring the Chinese telecom giant to pay $1.19 billion to settle charges that it violated U.S. sanctions in selling equipment to Iran and North Korea. As part of the settlement, ZTE also was required to punish employees involved in the matter and tighten its internal monitoring.

But U.S. officials said this year that ZTE didn’t discipline all the employees involved in the violations. “This egregious behavior cannot be ignored,” Commerce Secretary Wilbur Ross said in April.