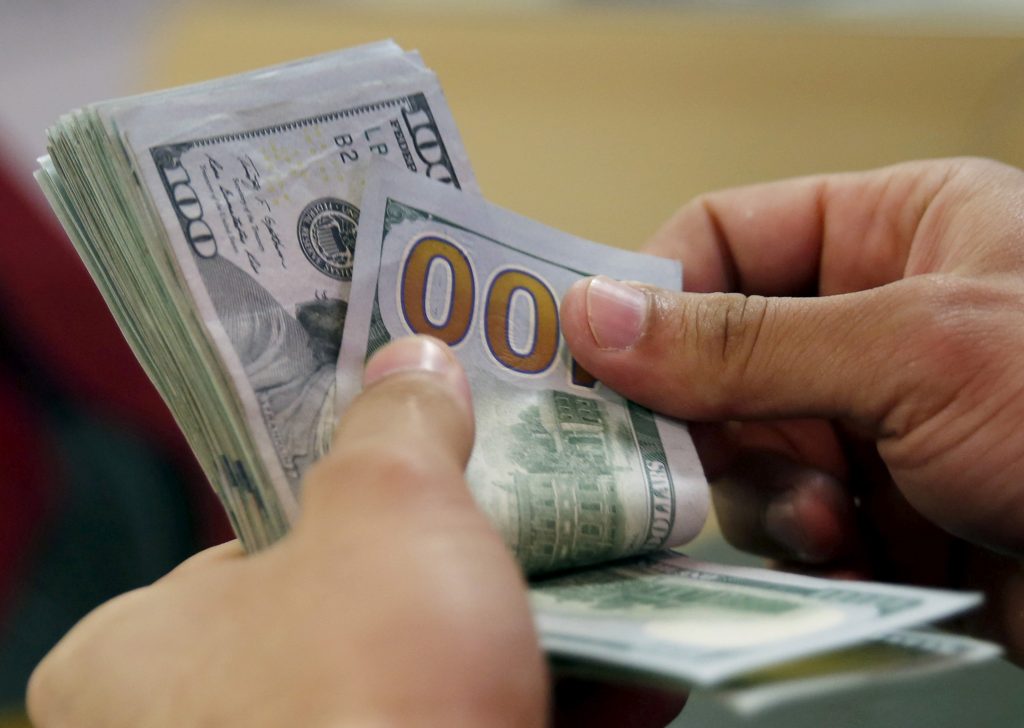 The U.S. dollar eased on Friday while an index of global stock performance gained and was poised for its best week since early March, as moderate inflation eased worries about a faster pace of U.S. interest rate hikes and boosted risk appetite.

The dollar fell for a third day against a basket of major currencies as traders booked recent gains, which were tied to widening interest rate gaps in favor of the United States and signs of slower growth elsewhere in the world.

Oil prices slipped but remained near 3-½-year highs as the prospect of new U.S. sanctions against Iran might reduce Middle East supply at a time when global crude production is just keeping pace with rising demand.

The Cboe Volatility Index, a barometer of expected near-term volatility for the S&P 500 that often is referred to as Wall Street’s fear gauge, has fallen to levels last seen before the February market correction, he said.

“Not only has the market returned handsomely, but risk has also taken a breather,” Grohowski said.

MSCI’s gauge of stock markets across the globe rose 0.42 percent to advance 2.1 percent for the week, its best weekly gain since early March.

European shares edged higher. The pan-regional STOXX 600 index of companies in 17 countries closed up 0.11 percent for a seventh straight week of gains, the longest string of weekly advances since March 2015.

U.S. plans to reintroduce sanctions against Iran, which pumps about 4 percent of the world’s oil, have buoyed crude prices.

Central bankers around the world have turned more cautious as inflation and world trade concerns cloud the global economy.

On Thursday, the Bank of England held rates steady and New Zealand’s Reserve Bank said the official cash rate will remain at 1.75 percent for “some time.”

That leaves the Fed as the only major central bank committed to rate increases, but Thursday’s moderate inflation reading cast doubt over the pace of any hikes.