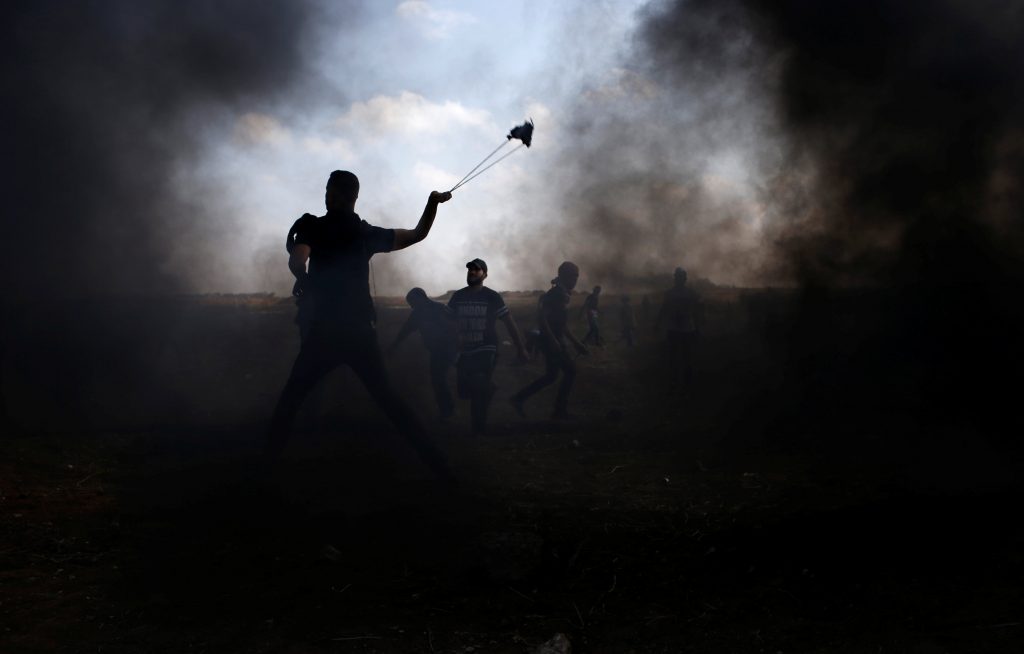 Organizers of the protest, called the “Great March of Return,” said they expected tens of thousands of Gazans at tented border encampments in the coming days.

The protests peak on Fridays and are building to a climax on May 15, the day Palestinians call the “Nakba” or “Catastrophe,” marking the displacement of hundreds of thousands of Palestinians in the conflict surrounding the creation of Israel in 1948.

Israeli soldiers used a drone to down flaming kites that protesters flew over the border in a bid to torch bushes and distract snipers.

The Israeli military said on Friday that its troops were defending the border and “firing in accordance with the rules of engagement.” Protesters were “violent, burning tires and hurling rocks,” it said in a statement. Israel’s military “will not allow any harm to the security infrastructure or security fence and will continue standing by its mission to defend and ensure the security of the citizens of Israel and Israeli sovereignty, as necessary.”

On Thursday in Gaza, Hamas leader Yehya Al-Sinwar described the protests as peaceful, and said, “We hope these incidents will pass without a large number of martyrs and wounded, and the occupation forces must restrain themselves.”