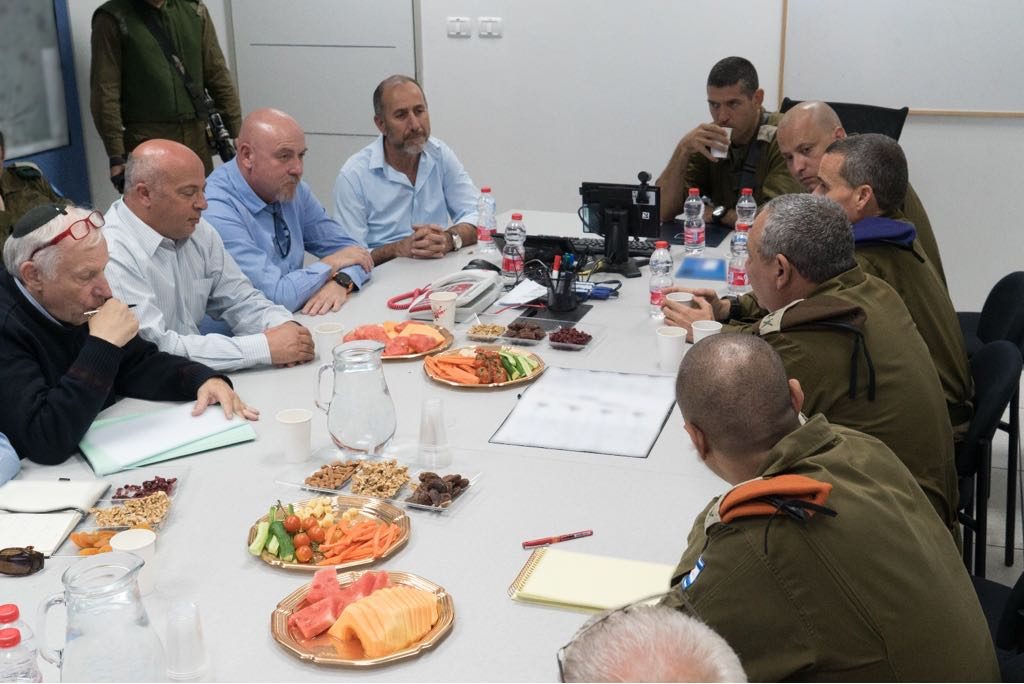 The IDF’s top brass met with mayors and local community leaders on the Golan Heights Wednesday, following a highly unusual call by the IDF Tuesday evening to open public bomb shelters in the area.

As part of the meeting, the commanders briefed the heads of the local authorities regarding the situational assessment and discussed the preparedness of the communities and the civilian front, the IDF said in a statement.

Representatives from the towns of Katzrin, Majdal Shams, Masadah, Bukataa, Ein Qiniyye and the Golan regional council were also in attendance, the army says.

Eizenkot expressed his great appreciation for the leadership and the civilian strength shown by the heads of the local authorities and citizens in the Golan Heights.