Israel Analyst: Give Netanyahu His Due Credit on Iran Decision
Israel 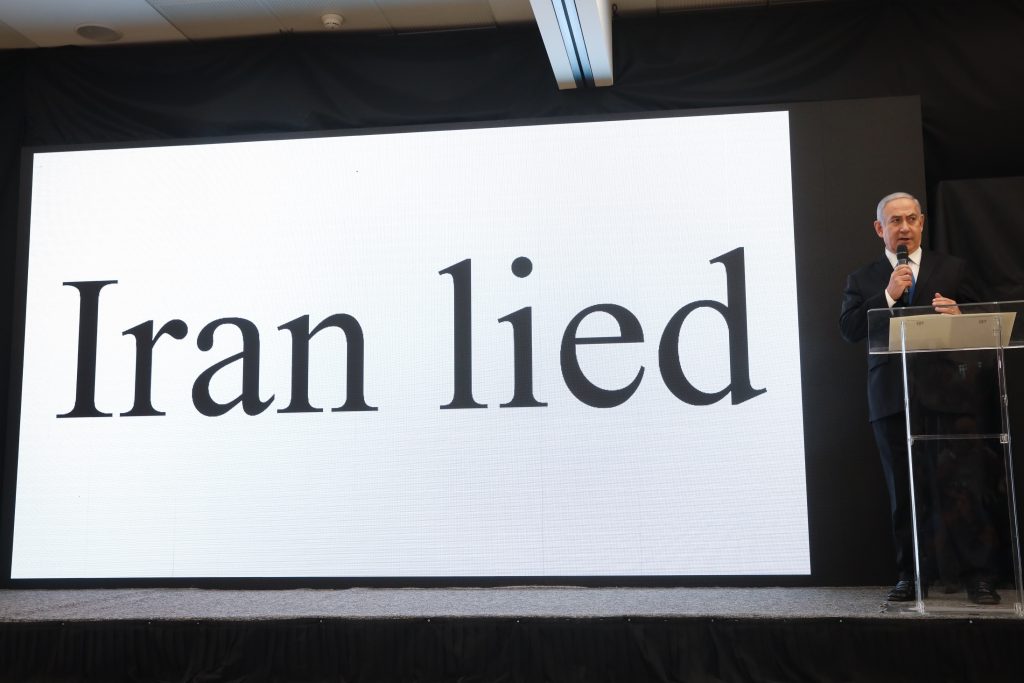 The credit for the decision to pull out of the Iran nuclear deal and once again impose sanctions on Tehran goes to President Donald Trump – but, Israeli analysts said, the credit for convincing Trump to make that decision goes to Prime Minister Binyamin Netanyahu, who for years, said Amit Segal of Hadashot News, was “a lone voice in the wilderness, obsessively – sometimes in what to Israelis appeared to be in an embarrassing manner – touting the dangers of the Iranian nuclear program.”

Netanyahu, said Segal, stuck with his claims despite being derided, both in Israel and abroad, for his efforts in convincing the world that Iran was a dangerous country. “The life mission of Binyamin Netanyahu has been, more than anything, to derail the Iranian nuclear program. In recent decades, no one has spoken out about this issue as Netanyahu has. Sometimes he seemed pathetic, sometimes he seemed to be using Iran for domestic political purposes, but the true test is in the results – and the result in this instance is a victory for Israel and its prime minister, in raising the alarm about an existential threat to our country.”

In his announcement Tuesday that the U.S. would pull out of the deal, President Trump referred to the presentation of Iran’s nuclear archives last week, saying that “Israel published intelligence documents — long concealed by Iran — conclusively showing the Iranian regime and its history of pursuing nuclear weapons. The fact is, this was a horrible, one-sided deal that should have never, ever been made. It didn’t bring calm, it didn’t bring peace, and it never will.”

One lesson Israelis – and especially the media – should take from the Iran issue is to reduce their own obsession with Netanyahu, which leads them to judge all of the prime minister’s actions in the light of the investigations against him – “with the calculation of ‘is he doing this because it’s good for Bibi’s survival, or bad,’” said Segal. “There are more important things going on in our neighborhood these days. The right thing for those in the media, the opposition, and among those who object to Netanyahu’s policies in general is to say at this time, ‘Well done, Mr. Prime Minister.’”