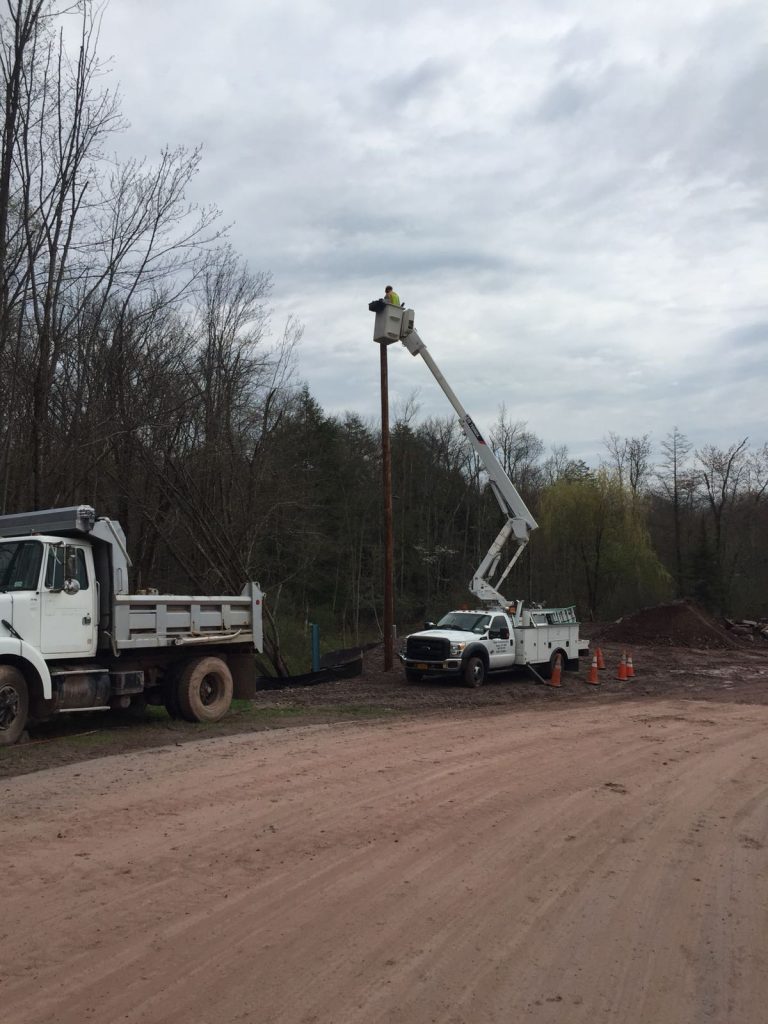 Final work on an eruv encompassing the entire village of Woodridge is expected by the end of this week, when the Sullivan County hamlet’s eruv will become the first-ever village-wide eruv in upstate areas frequented by Orthodox Jews in the summer months.

“Finally,” Shimon Charach, a member of Sullivan County’s Jewish Community Council and a member of the Vaad HaEruv, told Hamodia, “after years and years of delays the Woodridge eruv is getting done. It will encompass all the areas around the village, and hopefully … will extend much further to include more colonies and more developments.”

The eruv will be overseen by Harav Yechiel Steinmetz, a dayan in Monsey who also provides a hashgachah on the eruvin in Monsey, Spring Valley and nearby townships. The people who worked energetically to get it done are Reuven Nuchem Levine and levi Yitzchok Goldenberg.

While every individual colony has its own eruv, it usually does not extend past the development’s borders, leading to chillul Shabbos when residents inadvertently carry outside its boundaries or walk from one colony to a neighboring one. Woodbourne has an eruv but it does not include the entire village.

The new eruv will encompass the entire village of Woodridge, which includes developments such as Regency Estates, Woodlake Village and Woodridge Royal Estates. Also within its borders are two shuls — K’hal Yerim and Ohave Sholom — as well as the Buy Rite Kosher Supermarket.

The Vaad is scheduled to hold a ribbon-cutting ceremony in the coming weeks.

This is not Woodridge’s first attempt at an eruv. They initially tried erecting one eight years ago, but it was not done properly, Mr. Charach said, and people did not use it. The JCC got involved last summer and began major work on it a few weeks ago.

The number to call or text as to the eruv’s situation is 845-379-4698, or email to woodridgeeruv@gmail.com. To get weekly texts of the eruv status, text woodridgeeruv to 40404.