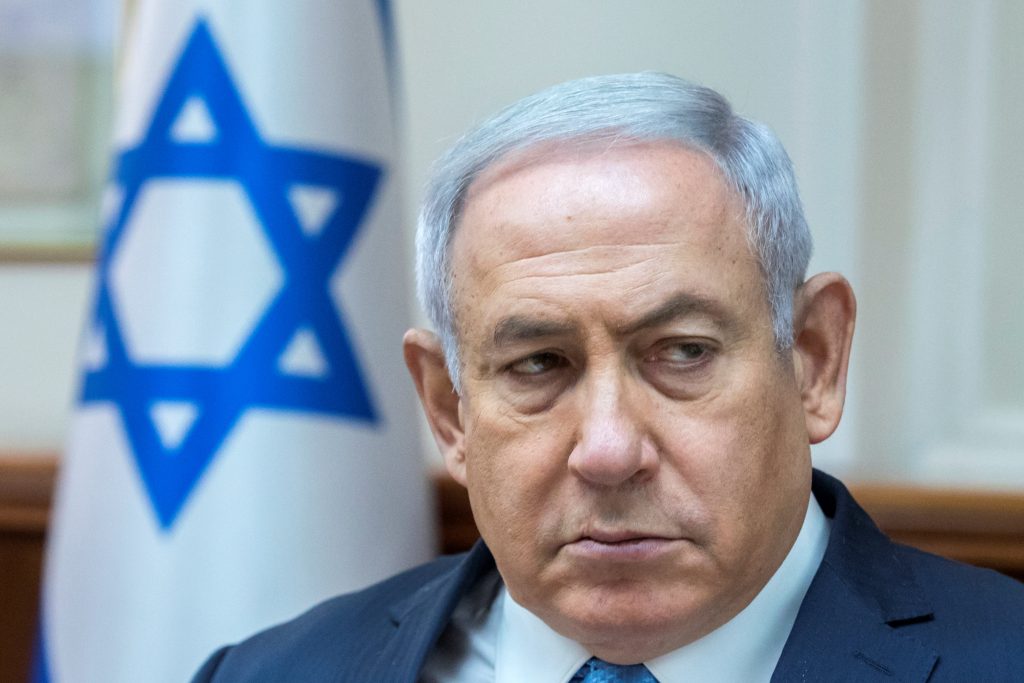 Prime Minister Binyamin Netanyahu said that Iran is supplying advanced weapons to Syria that pose a danger to Israel and that it’s better to confront Tehran sooner rather than later.

Netanyahu told a Cabinet meeting Sunday that “we are determined to block Iran’s aggression against us even if this means a struggle. Better now than later.”

“We are determined to block the Iranian entrenchment, even at the cost of confrontation,” Netanyahu said at a Cabinet meeting in Yerushalayim. “We don’t want an escalation, but we are prepared for every scenario. We don’t want confrontation, but if there needs to be one, it is better now than later.”

His comments came a week after a strike on an Iranian base in Syria, attributed to Israel, which reportedly destroyed hundreds of surface-to-surface missiles and killed over 30 people, including many Iranian military officials. Iran denied that any of its soldiers were killed in the attacks and that any of its bases in Syria were targeted.

“My meetings with the Russian president are always important for the IDF and the country, but the meeting this week is especially important in light of the attempts by Iran to establish itself in Syria,” Netanyahu said.

Since intervening in the Syrian civil war on behalf of President Bashar al-Assad in 2015, Russia has generally turned a blind eye to Israeli attacks on suspected arms transfers and deployments by his Iranian and Hezbollah allies.

But when Moscow condemned an airstrike that killed seven Iranian personnel last month, and blamed Israel, it set off speculation in Israel that Russian patience might be wearing thin.

Netanyahu and Putin spoke by phone last Monday after Netanyahu presented Iran’s secret nuclear files which document it having worked toward developing atomic weapons in the past.

The talks this week will also come just days before the May 12 deadline in which President Donald Trump will decide on whether or not to pull out of the Iran nuclear deal. Trump has given Britain, France and Germany a deadline to fix what he views as the deal’s flaws – its failure to address Iran’s ballistic missile program, the terms by which inspectors visit suspect Iranian sites, and “sunset” clauses under which some of its terms expire – or he will reimpose U.S. sanctions.

Moscow has repeatedly said it wants the Iran nuclear deal left intact. Foreign Ministry spokeswoman Maria Zakharova said on Friday Russia would deem any changes to the deal to be unacceptable.

Netanyahu was scheduled to give a press conference later Sunday to foreign media about some 100,000 Iranian files and documents describing Tehran’s past efforts to develop atomic weapons.