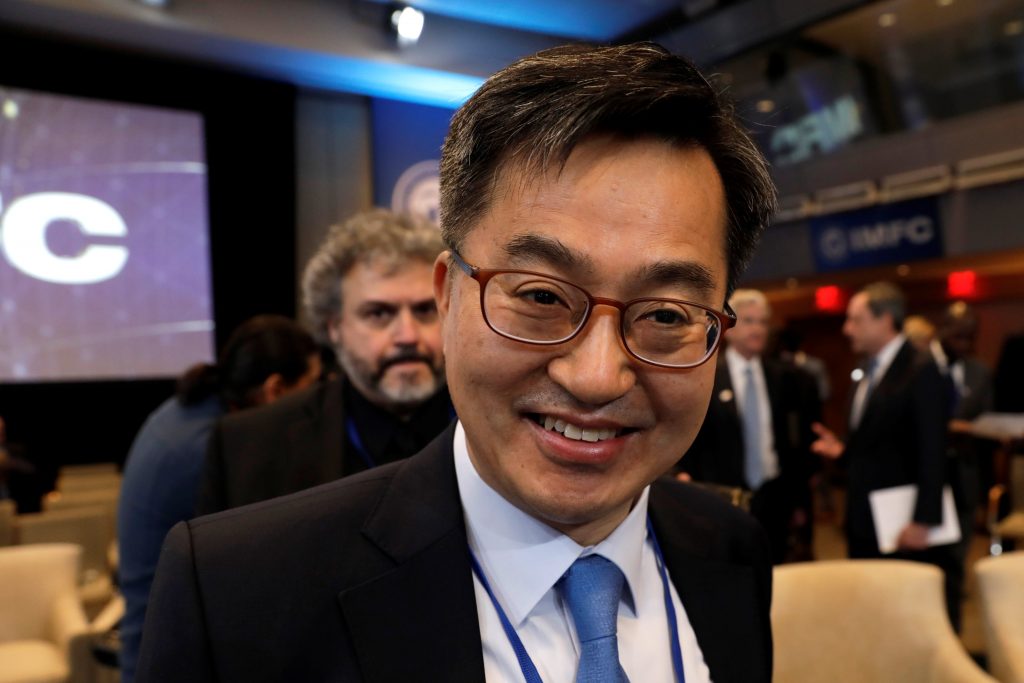 South Korea’s finance minister said on Wednesday the government was discussing how to finance possible economic projects with North Korea, although any projects with Pyongyang must first be approved by the international community.

“We’re internally carrying out preparations, in terms of what to prepare, and how to cooperate with the international community, and how to finance [possible inter-Korea projects],” Kim Dong-yeon told reporters in Sejong.

“But we need support from the international community and need to watch the [upcoming] summit between the United States and North Korea,” Kim said, without elaborating on specifics of any government financing.

Kim’s comments come after South Korean President Moon Jae-in and his North Korean counterpart Kim Jong Un agreed last Friday on a common goal of a “nuclear free” peninsula, and to “adopt practical steps towards the connection and modernization of the railways and roads.”

Many speculate that the two Koreas will start joint infrastructure projects as soon as international sanctions on North Korea are lifted. Currently, North Korea is under sanctions imposed by the U.N. Security Council to stop its nuclear weapons and missiles programs.

Kim also said there was a rise in the number of Chinese tourists in March, although the services sector has not yet recovered from a drop in such visitors due to tensions between the two countries.

“The number of Chinese tourists is noticeably increasing since March, although it hasn’t recovered to the pre-THAAD level,” Kim said.

Kim did not cite any numbers showing an increase in Chinese tourists in March.

The Bank of Korea estimated earlier that the THAAD backlash knocked 0.4 percentage points off South Korea’s economic growth rate in 2017.