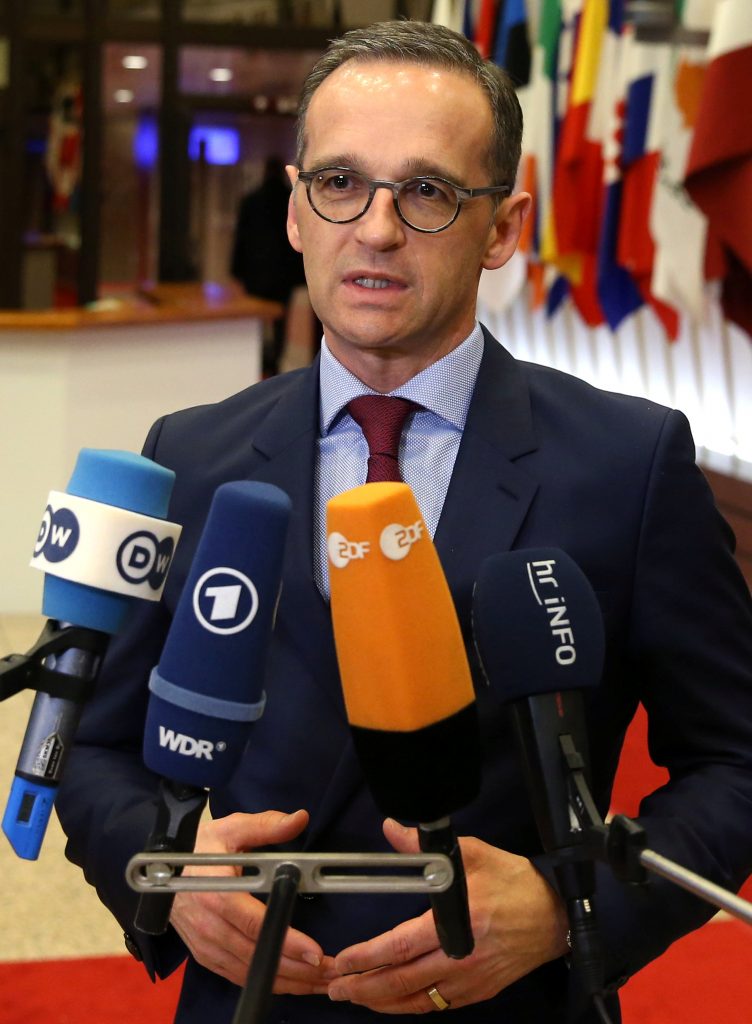 In strikingly blunt language from Brussels, the European External Action Service said in a statement: “The speech Palestinian President Mahmoud Abbas delivered on 30 April contained unacceptable remarks concerning the origins of the Holocaust and Israel’s legitimacy.

“Such rhetoric will only play into the hands of those who do not want a two-state solution, which President Abbas has repeatedly advocated.”

PM Netanyahu called for international condemnation of “anti-Semitism” by Abbas over remarks on Monday in which the Palestinian leader suggested historic persecution of Jews in Europe was caused by their own conduct.

The EEAS added: “Anti-Semitism is not only a threat for Jews but a fundamental menace to our open and liberal societies.

“The European Union remains committed to combat any form of anti-Semitism and any attempt to condone, justify or grossly trivialize the Holocaust.”

“We reject any relativization of the Holocaust,” Maas told Die Welt daily.

“Germany bears responsibility for the most atrocious crime of human history,” he said, adding the memory of the Holocaust was a constant reminder to tackle any form of anti-Semitism.

The offensive parts of Abbas’s Monday speech were not included in the official Palestinian news agency’s English press release of it or in most initial international coverage of his speech, The Times of Israel noted.