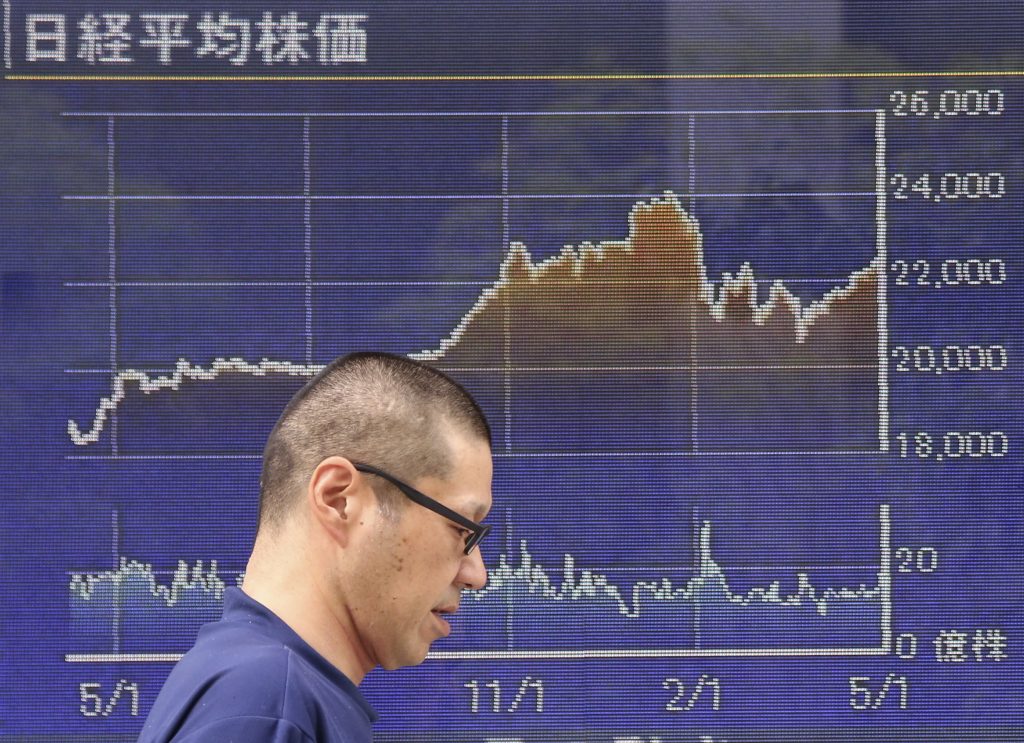 Asian equities eased on Wednesday, while the dollar traded near a four-month high as investors count down to the U.S. Federal Reserve’s upcoming policy statement for clues on the future pace of U.S. monetary tightening.

The Fed is seen set to hold interest rates steady this week but will likely encourage expectations that it will lift borrowing costs in June on the back of rising inflation and low unemployment.

The U.S. central bank is due to announce its decision at 2 p.m. EDT on Wednesday.

Britain’s FTSE 100 is seen opening up 20 points, while Germany’s DAX is expected to open 20 points lower, according to financial bookmakers.

Stephen Innes, head of trading in Asia-Pacific for Oanda in Singapore, said that in addition to focusing on the Fed’s policy statement equity investors may be turning cautious on the outlook for corporate profits, given potential cost pressures from recent rises in oil prices.

Market participants may be starting to wonder that “perhaps this is as good as it’s going to get,” Innes said, referring to corporate profits.

On Wall Street, the S&P 500 gained 0.25 percent on Tuesday, helped by optimism over U.S. trade negotiations.

Apple’s shares rose about 4 percent after the closing bell. The company beat revenue and profit expectations in its March quarter, with its shares ending the regular session up 2.3 percent.

The dollar’s index against a basket of six major currencies traded near a four-month high set on Tuesday, with the dollar having surged into positive territory for 2018 ahead of the U.S. Federal Reserve’s policy decision.

The dollar was underpinned by the outlook for a strong U.S. economy amid signs of slowdown elsewhere, especially in Europe.

The euro zone’s economic momentum has been faltering and that seems to have prompted market players to trim their long positions in the euro, said Hirofumi Suzuki, an economist for Sumitomo Mitsui Banking Corporation in Singapore.

Against this backdrop, the dollar-buying trend will probably persist for a while, Suzuki added.

Against the yen, the dollar struck its highest level in nearly three months at 109.92 yen in early Asian trade. It later pulled back to 109.78 yen, down 0.1 percent.

The benchmark U.S. 10-year Treasury yield was steady on the day at 2.979 percent.

Last week, the U.S. 10-year bond yield, the benchmark for global borrowing costs, had set a four-year high of 3.035 percent as bond prices fell on worries about the growing supply of government debt and inflationary pressures from rising oil prices.

Oil prices were stable on Wednesday, supported by concerns that the United States may re-impose sanctions on major exporter Iran, although soaring U.S. supplies capped gains.