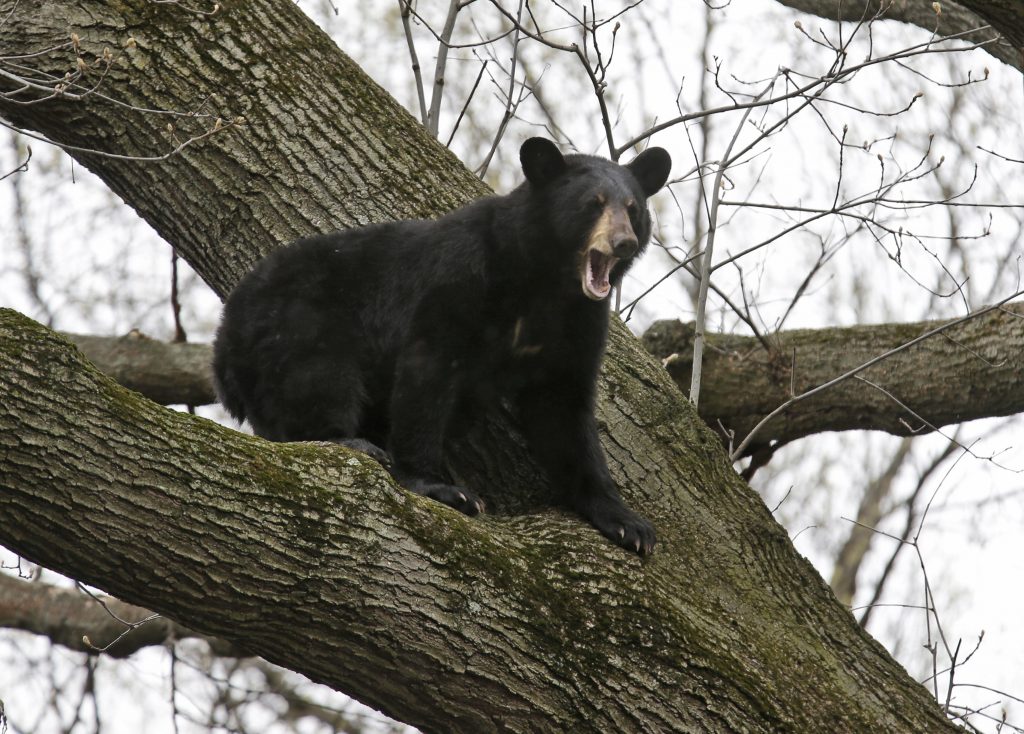 A young black bear that’s been roaming around New Jersey residential areas was tranquilized Tuesday afternoon and is out of the tree in a residential backyard.

Crews managed to tranquilize the 1 ½-year-old male bear as it sat on a low tree branch near a home in Ridgewood. They caught it in a net. Earlier, it had been running around near a school’s baseball field, and on Monday it was seen napping in a tree in neighboring Paramus.

Animal control worker Carol Tyler says the bear is at an age where its mother would kick it out, but it’s not old enough or strong enough to take its own territory. They guess the animal was drawn to the area by the smell of food.

It will be transported to western New Jersey, likely near the Delaware Water Gap.