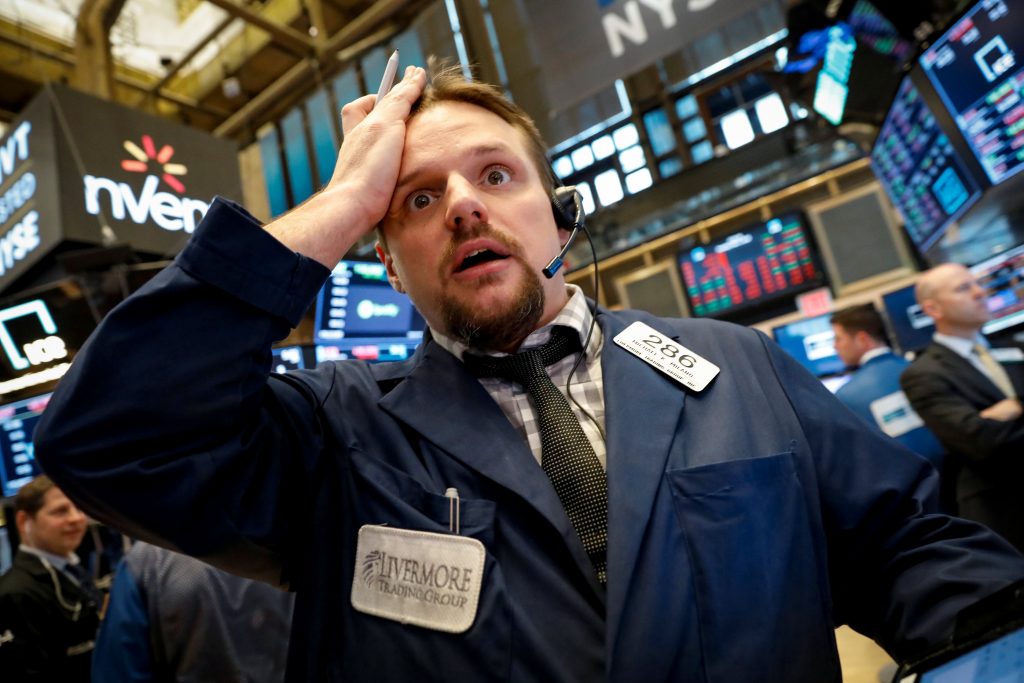 U.S. stocks are slumping Tuesday as industrial and energy companies trade lower. First-quarter results from drugmaker Pfizer and athletic apparel maker Under Armour disappointed Wall Street. The White House said it will delay its decision to impose tariffs on U.S. imports of steel and aluminum from the European Union, Canada and Mexico for 30 days, but trade tensions remain in focus.

TRADE: The administration’s delay in imposing tariffs sidesteps a potential trade battle with Europe for now, but European Union leaders want a permanent exemption and say the uncertainty caused by delays is bad for business. The announcement comes ahead of the trade talks between U.S. and China later this week.

EARNINGS: Pfizer slumped as its first-quarter sales fell short of estimates. The maker of pain medicine Lyrica and the blockbuster Prevnar 13 vaccine against pneumococcal infections said sales of older medicines slipped and its stock lost 4.6 percent to $34.92. Merck fell 3 percent to $57.10 following its report. AbbVie gained 5 percent to $101.36 after it said it will buy back $7.5 billion of its own stock.

Under Armour had a solid first quarter, but analysts were concerned about its profit margins and its North American business, where sales were unchanged from last year. A number of sporting goods companies have seen their stocks fall as investors worried about slowing sales of sneakers and other products. Under Armour fell 3.7 percent to $17.11. Hanesbrands did better than expected to start the year but still lost 6.4 percent to $17.29.

TECHNOLOGY: Electronic storage company Seagate Technology plunged 8.6 percent to $52.92 after its fiscal third-quarter report. The stock is still up 26.5 percent this year. Overall, technology companies rose. Apple climbed 1.3 percent to $167.49 as investors waited for its report, which will come after the close of trading. The most valuable U.S. company has lagged the market this year, partly because investors are worried about iPhone sales.

COMMODITIES: Commodities prices fell as the dollar grew stronger. Oil prices gave up some of their recent gains. Benchmark U.S. crude fell 1.2 percent to $67.72 a barrel in New York. Brent crude, the international standard, declined 1.3 percent to $73.69 a barrel in London. Energy companies fell. Exxon Mobil lost 1.6 percent to $76.48 and Chevron gave up 1 percent to $123.92.

ECONOMY: U.S. manufacturing kept growing in April, but it did so at a slower pace, according to the Institute for Supply Management, a trade group of purchasing managers. Many factories said shortages of workers and skills affected their productivity. Meanwhile the Commerce Department said construction spending fell in March as home building dropped sharply.