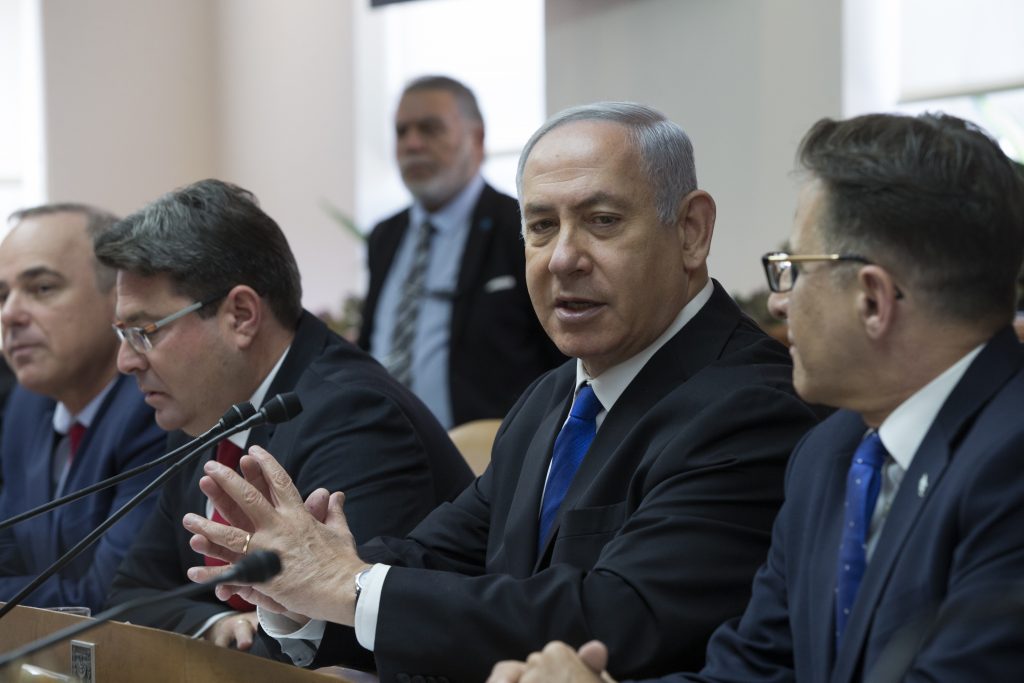 Israeli Prime Minister Binyamin Netanyahu continued on Sunday to seek a middle road on bill to enable the Knesset to override the High Court.

Netanyahu met for about two hours with Court President Esther Hayut, who opposes the attempt to restrict the judiciary’s power to nullify laws passed by the Knesset on grounds of unconstitutionality.

The meeting produced no agreement, however, disappointing those who had hoped it would, The Times of Israel said, quoting coalition sources.

According to the Prime Minister’s Office, “the different positions were heard, and there was an in-depth and serious discussion,” but nothing of substance was revealed.

However, it was reported that Hayut said that the plan of the Jewish Home party to give 61 MKs the ability to overturn a court ruling would constitute a “danger to democracy.”

It was thought that Hayut might give her support to a compromise proposal allowing 75 MKs to override the Court, a position similar to that of Attorney General Avichai Mandelblit.

Mandelblit, who insisted on the Netanyahu-Hayut meeting, has reportedly said he would only considering endorsing such legislation if it required at least 70 out of 120 Knesset votes.

Education Minister Naftali Bennett, who leads Jewish Home, has threatened to hold up other coalition bills if ministers do not approve the override bill this week. Hayut agreed to the meeting on condition that the proposal be delayed for another week.

Bennett has cited the coalition agreement in his demand for Netanyahu’s backing.

“Our demand to legislate the version that has 61 MKs is no surprise,” Bennett tweeted last week. “Likud is signed on an explicit coalition agreement with us. Agreements must be honored. I expect Likud’s full support…We’ll bring back the correct balance between the [legislative and judicial] branches.”

If the threshold goes above 65 votes, “it would cancel out the entire purpose of the override clause,” he said at the start of Sunday’s weekly cabinet meeting.

“The Knesset has passed many laws that protect minorities, and it just wants to secure for itself the right to also protect the majority of citizens in the State of Israel,” said Erdan.

“When the Supreme Court favors the rights of infiltrators, it necessarily harms the rights of the residents of south Tel Aviv and other cities. When the court favors one right, it often harms a much larger or much broader right of other citizens. We can’t have a situation where after a decision like this by the High Court — a small group of people — the Knesset will have no way, through some majority that represents most of the citizens of the country, to change the High Court’s decision.”