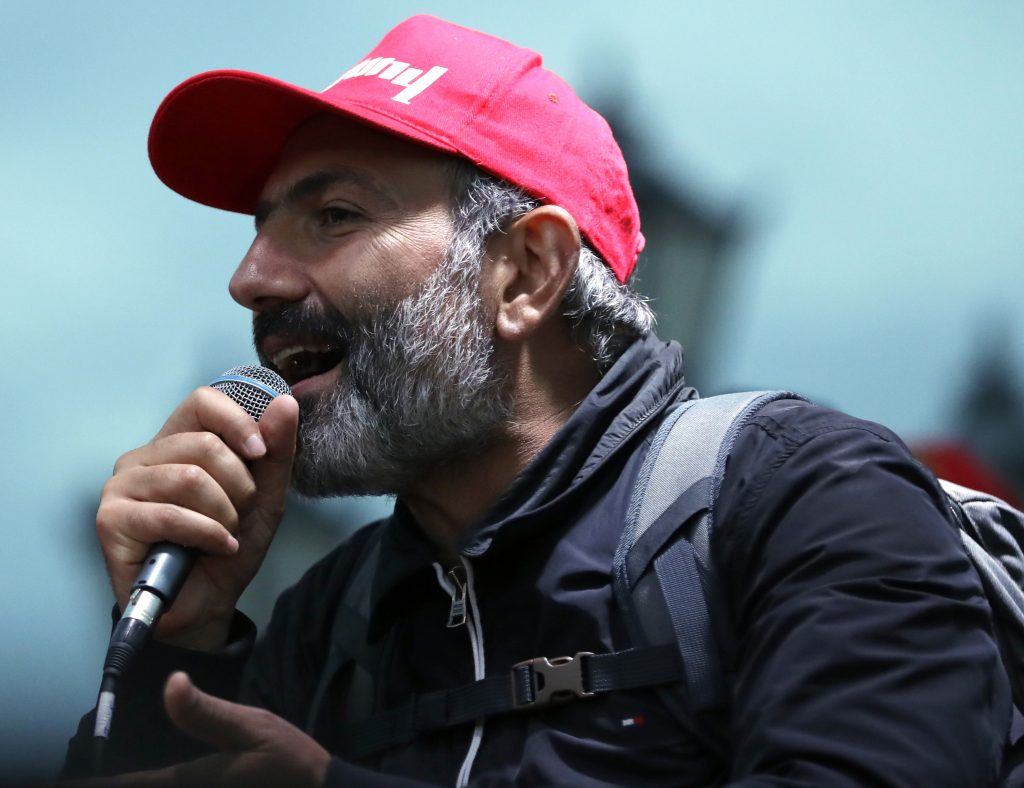 The leader of the wave of protests that created a surprise power vacuum in Armenia said Sunday that he met with the country’s new president and hopes to secure his support to become prime minister.

Armenia’s parliament plans to choose a replacement on Tuesday for Serzh Sargsyan, who resigned last week amid the street demonstrations over his selection as prime minister. Opposition lawmaker Nikol Pashinian, who led the protests, hopes to be the next premier.

Pashinian’s supporters blocked traffic, marched through the capital and assembled in a central square Sunday for a rally, just like they did for more than a week over the political maneuvers that made Sargsyan prime minister after he was termed out as president.

Pashinian said Sunday that he hopes his bid to be the next prime minister receives backing from the current president, Armen Sarkisian, after their meeting. Former Prime Minister Karen Karapetian, who was appointed to the post in an acting capacity last week, is from Sargsyan’s Republic party.

The party holds a majority in parliament. A spokesman said Saturday it would not nominate a Republican candidate for prime minister, but lawmakers who are party members would vote as a bloc.

Pashinian told thousands of people attending the evening rally that he has the support of the three other parties represented in the Armenian parliament.

“The revolution in our country has taken place,” he declared to the crowd, which attracted a notably smaller crowd than rallies that drew tens of thousands last week.

Sargsyan was Armenia’s president for a decade before term limits forced him to step down in March. Lawmakers elected him as prime minister this month after approving governance changes that diminished the presidency’s power and bolstered the prime minister’s.

The crisis has been closely watched by Russia, which has a sizable military base in the country.

Pashinian said Russia has nothing to fear if he becomes prime minister and “in the near future our relations will develop and deepen, which will be in the national and government interests of Armenia.”