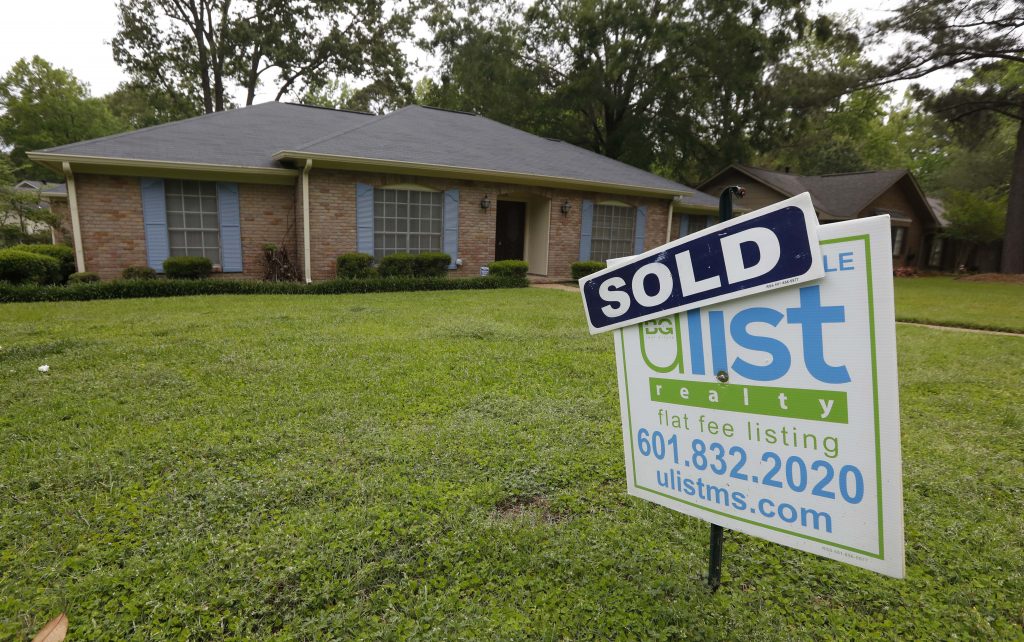 It was the third straight week of increases for long-term mortgage rates. Mortgage buyer Freddie Mac said Thursday that the average rate on 30-year, fixed-rate mortgages jumped to 4.58 percent from 4.47 percent last week. By contrast, the benchmark rate averaged 4.03 percent a year ago.

The interest paid by the government on its debt has been rising. The yield on the key 10-year Treasury note reached its highest level since January 2014 this week, blowing past 3 percent to 3.03 percent. In addition to influencing home borrowing costs, the 10-year rate also is tied to auto loans and other consumer credit, and the breach of the significant 3 percent level sent shockwaves through financial markets. The Dow Jones industrial average plunged 424 points, or 1.7 percent, on Tuesday to 24,024. It was down as much as 619 points earlier.

The yield on the 10-year note fell back to 2.99 percent early Thursday.

People shopping for homes are dealing with higher mortgage costs and fewer properties for sale. Rising rates could further erode inventories, as existing homeowners renovate homes rather than put them up for sale — to avoid a more expensive mortgage that would come with a new house. If higher loan rates lead to fewer homes on the market, it could push prices higher and further squeeze would-be homebuyers.

Despite the increase in mortgage rates, homebuyers have snapped up newly-built houses, as the economic outlook has continued to improve in recent months. Sales of new U.S. homes jumped 4 percent in March, propelled by a surge of buying in the West, the government reported Tuesday. Sales last month showed a seasonally adjusted annual rate of 694,000. For the first three months of 2018, sales ran 10.3 percent higher than a year earlier.

Still, the solid sales growth for new homes also shows that many would-be buyers can’t find existing homes that are available to purchase. Listings for existing homes sank to the lowest levels on record for March, the National Association of Realtors reported Monday.

The average doesn’t include extra fees, known as points, which most borrowers must pay to get the lowest rates. The fees on 30-year and 15-year fixed-rate mortgages were unchanged from last week at 0.5 points and 0.4 points, respectively.

The average rate for five-year adjustable-rate mortgages jumped to 3.74 percent from 3.67 percent last week. The fee remained at 0.3 percent.