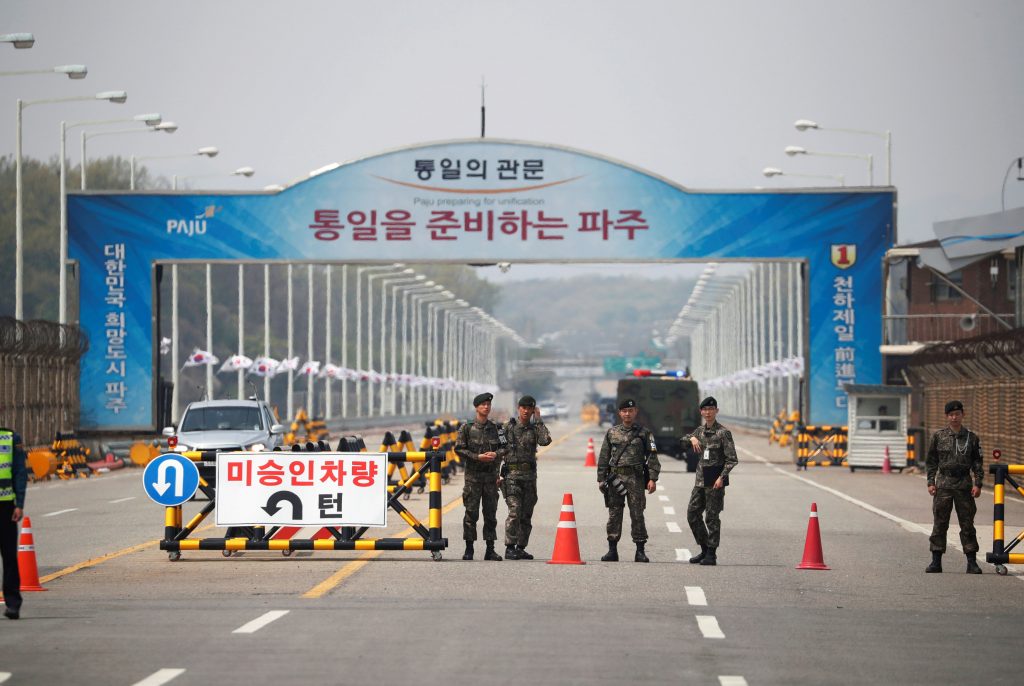 North Korea’s pledge to dismantle its Punggye-ri nuclear test site sounds like a big step forward but verifying whether that will actually happen will be difficult, underlining the complexities of any deal it may strike with the United States.

The site consists of a system of tunnels dug beneath Mount Mantap in the northeastern part of North Korea. Some of the tunnels may have collapsed, possibly rendering the site unusable, recent Chinese research suggests.

Pyongyang said the promise to shut down the Punggye-ri site was to “transparently guarantee” its dramatic commitment to stop all nuclear and missile tests.

Experts said this suggests a new openness on Pyongyang’s part ahead of leader Kim Jong Un’s summit on Friday with South Korean President Moon Jae-in, and subsequent meeting in May or June with President Donald Trump. It also raised the possibility that Pyongyang would allow on-site verification, they said.

“In the past, North Korea resisted U.S. requests to visit the test site and take samples,” said David Albright from the Institute for Science and International Security in Washington. “This statement opens the door to seeing if that kind of access is possible.”

Other experts said a simple closure of the site, where North Korea has conducted all six of its tests, was more likely than a complete dismantling. They said they doubted that Pyongyang would allow on-the-ground verification, since it would also allow scientists to get evidence on its nuclear tests.

“They declared the site closed unilaterally. They didn’t negotiate it away,” said Joshua Pollack, senior research associate at the Middlebury Institute of International Studies. “Why would they let us collect intel on their past tests?”

North Korea claimed it conducted a successful hydrogen bomb test last September at the mountainous site about 230 miles northeast of Pyongyang, a detonation that Japanese broadcaster Asahi said caused one of the tunnels to collapse.

Recent research by the University of Science and Technology of China goes farther, suggesting that the Sept. 3, 2017 blast was so large that it has rendered the entire site unusable.

The researchers examined seismic data and found it showed a small earthquake 8-1/2 minutes after the blast, which they believe was triggered by a collapse inside the mountain, according to a summary of a paper submitted to the Geophysical Research Letters journal.

“The occurrence of the collapse should deem the underground infrastructure beneath Mountain Mantap not be used for any future nuclear tests,” said an abstract of the study presented at an American Geophysical Union meeting in December. Another similar test “would produce collapses in an even larger scale, creating an environmental catastrophe,” it said.

That may be the reason North Korea is willing to dismantle the site, said Robert Kelley, a former inspector for the Vienna-based International Atomic Energy Agency.

“They’re not giving up anything,” Kelley said. “That complex, I would guess, has been damaged beyond re-use.”

But 38 North, a website run by the Johns Hopkins School of Advanced International Studies, says satellite imagery shows tunneling was conducted this year, suggesting the site is still operational, although recent activity has slowed considerably.

“There is no basis to conclude that the Punggye-ri nuclear test site is no longer viable for future nuclear testing,” it wrote on Monday.

Pyongyang’s declaration on Saturday said it no longer needed to conduct tests because the country had reached its weapons development goals.

Essentially, experts said, it was stating that it had become a full-fledged nuclear power.

“Who tests anymore? Only newcomers,” said Middlebury’s Pollack. “It’s become a sign of technical immaturity. That’s not the message they want to send.”

Given the lack of clarity about the status of the Punggye-ri site – and North Korea’s promise to demonstrate transparency – Trump will almost certainly try to convince Kim to allow inspections during their meeting, the experts said.

“This would be one of the most important things the U.S. would try to ensure,” said Kelley, the former IAEA inspector who is now a distinguished associate fellow at the Stockholm International Peace Research Institute.

The IAEA, which in the past has inspected North Korea’s Yongbyon nuclear complex but never Punggye-ri, has said in a statement that it “stands ready to contribute” by “resuming our verification activities in the country once a political agreement is reached.”

The United States may push for the Defense Threat Reduction Agency, part of the Department of Defense, to conduct the inspections, said Kelley. But North Korea – if it allows inspections at all – is likely to prefer an international group over an American one.

If permitted into the site, the inspectors – whichever organization they represent – would likely walk into the tunnels or send in robots to determine their state, and possibly use ground-penetrating radar from above, Kelley said.

Jeffrey Lewis, the Middlebury Institute’s director of the East Asia Nonproliferation Program, is doubtful the North will allow that degree of openness. He said he suspects that Pyongyang may simply close the facility without dismantling it.

“These are tunnels, not shafts, so even in a maximalist case where the North seals the tunnels as a PR stunt, that’s useless,” said Lewis. “You can just open them back up.”