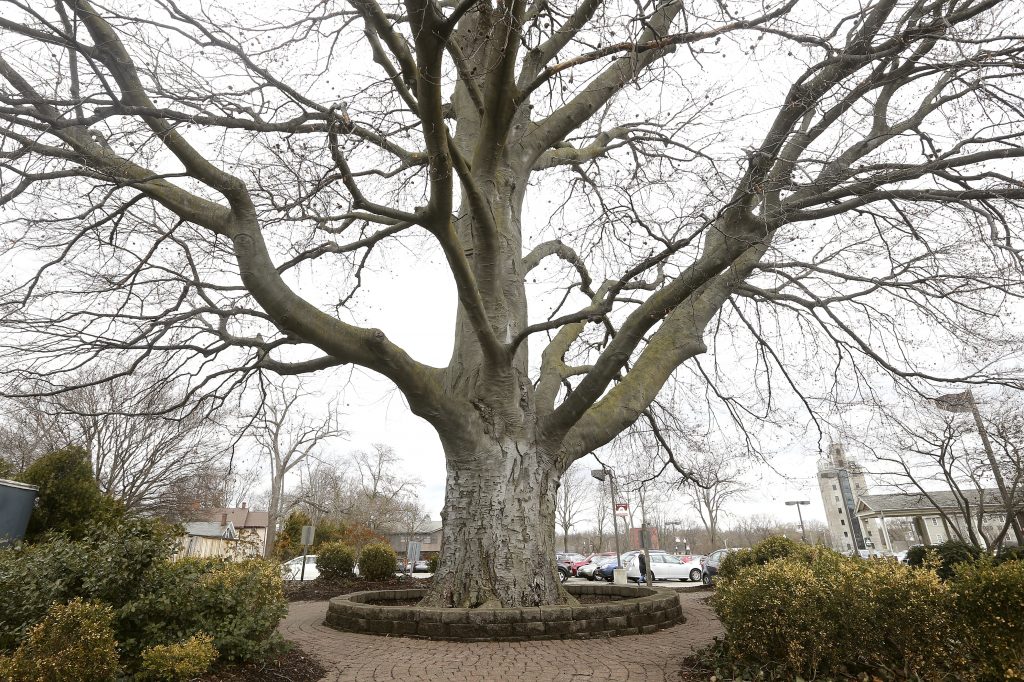 Officials in a western New York town are bidding a sad farewell to an iconic 200-year-old tree.

A public ceremony is planned Monday evening to commemorate the tree that towers over Copper Beech Park in the Rochester suburb of Pittsford. It’s dying from a devastating fungus.

Town Supervisor Bill Smith tells WHEC that a lot of people think of the copper beech as a dear old friend. It’s even used in the town’s logo.

Before it’s cut down, officials plan to photograph initials carved into its smooth bark by generations of young people.

But pieces of the tree will live on. Cuttings have sprouted into more than 100 saplings that will be planted around town — but not in Copper Beech Park, where the soil is contaminated with the fungus.