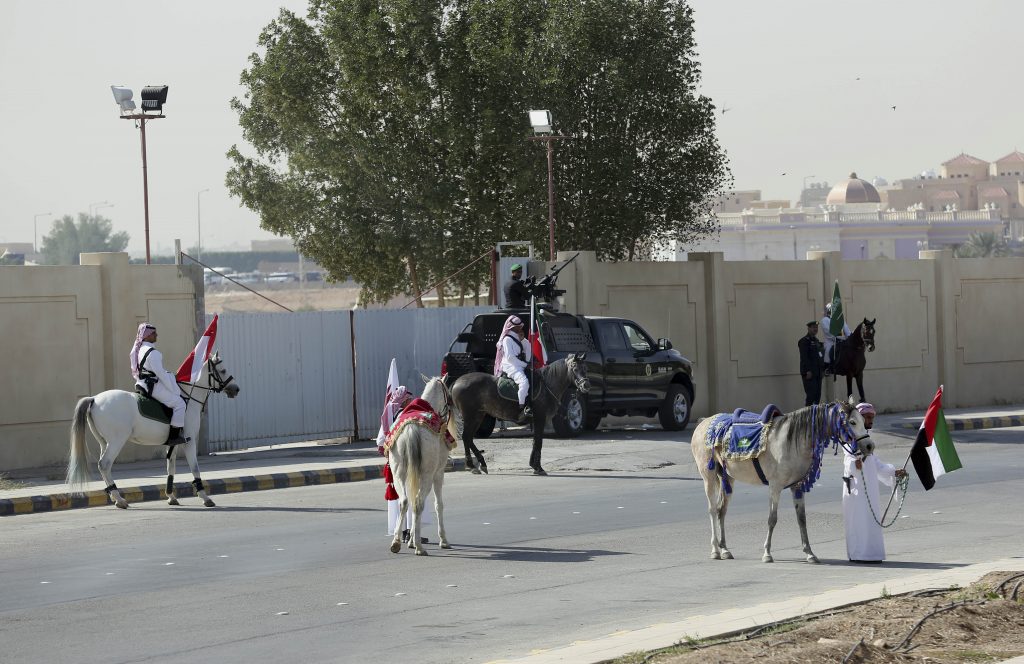 Saudi Arabian security forces said they had shot down a recreational drone in the capital on Saturday after online videos showing gunfire in a neighborhood where royal palaces are located sparked fears of possible political unrest.

The Riyadh police spokesman, quoted by the official Saudi News Agency (SPA), said a security screening point noticed the flying of a small unauthorized recreational drone at 7:50 p.m. local time, leading security forces to deal with it according to their orders and instructions.

There were no casualties, and King Salman was not at his palace at the time, a senior Saudi official told Reuters.

“The king was at his farm in Diriya,” the official said, naming another area of the capital.

Amateur footage circulating earlier on social media showed loud gunfire that lasted for at least 30 seconds, leading to speculation online about a possible coup attempt in the world’s top oil exporter and questions about the whereabouts of the king and crown prince.

One video showed two police cars parked in the middle of a dark street. Reuters was unable to independently verify the videos’ authenticity.

Asked about the footage, the official said the drone had been shot down, and added that the government would introduce regulations for the use of recreational drones.

Saudi Arabia has witnessed a series of radical political changes over the past year under the king’s son, Prince Mohammed bin Salman, who has spearheaded reforms to transform the economy, open the country culturally, and impose a more tolerant form of Islam in the deeply conservative kingdom.

Most of the detainees have been released after reaching settlements with the government.

Space for criticism has also narrowed in recent months following the arrests of prominent clerics and activists in an apparent bid to silence dissent.

Those moves have helped Prince Mohammed consolidate his position in a country where power had been shared among senior princes for decades and religious figures exercised significant influence on policy.

But they have also fueled speculation about a possible backlash against the crown prince, who remains popular with Saudi Arabia’s burgeoning youth population.

Prince Mohammed returned earlier this month from a foreign tour that included the United States where he sought investments and support to curb Iranian influence in the region.

Riyadh and Tehran are locked in a decades-long struggle for supremacy that is being waged in several countries, including Yemen.

Iran-aligned Houthi fighters there have occasionally dispatched drones across Saudi Arabia’s southern border, but there was no apparent connection between that conflict and Saturday’s incident in Riyadh.