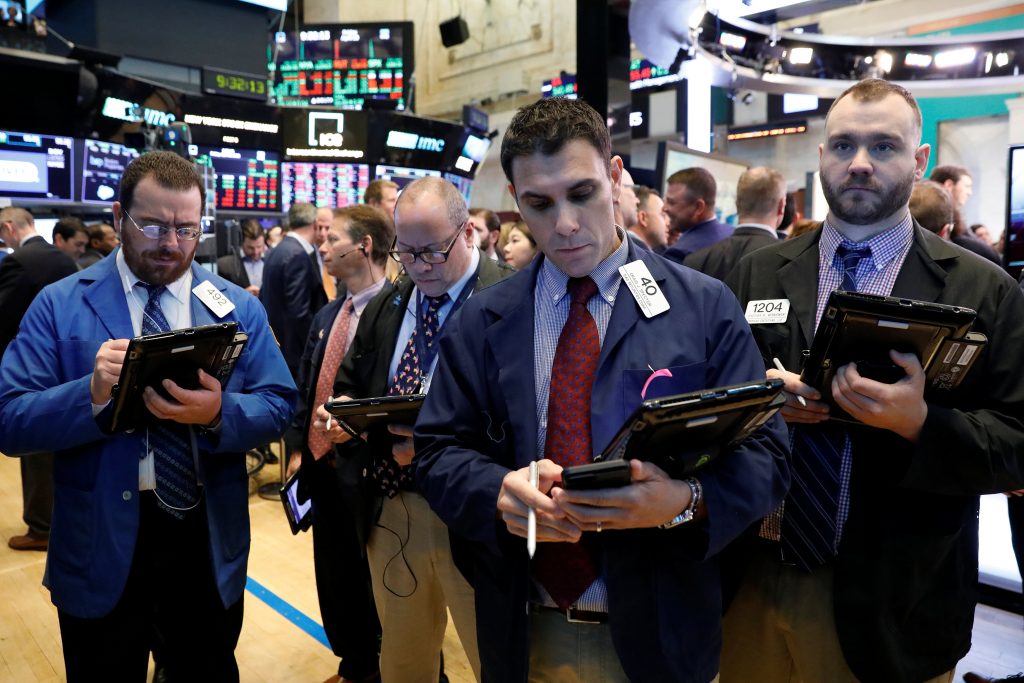 NOT PLAYING: Mattel slid 5.6 percent to $12.70 after the struggling toy maker said that CEO Margo Georgiadis is stepping down and is being succeeded by a company director and former studio executive.

MISSTEP: Shares in Skechers USA plunged 29 percent to $29.80 after the footwear company issued a second-quarter forecast that was far weaker than analysts had expected.

DRILLED: Stanley Black & Decker dropped 5.6 percent to $145.85 after the tool company said that commodities costs rose in the first quarter and sales of outdoor products got off to a slow start.

BUYING & SELLING: Kroger gained 1.9 percent after the supermarket operator sold its convenience-store business and agreed to buy back $1.2 billion in stock from Goldman Sachs.

ENERGY: Crude-oil prices fell as representatives from OPEC nations and allied oil ministers met in Saudi Arabia to discuss their agreement to maintain cuts to production in a bid to keep prices up. Benchmark U.S. crude dropped 29 cents, or 0.4 percent, to $68 per barrel on the New York Mercantile Exchange. Brent crude, used to price international oils, slid 40 cents, or 0.5 percent, to $73.38 per barrel in London.