World Trump Warns Could Walk Out if N. Korea Talks Not Fruitful
World 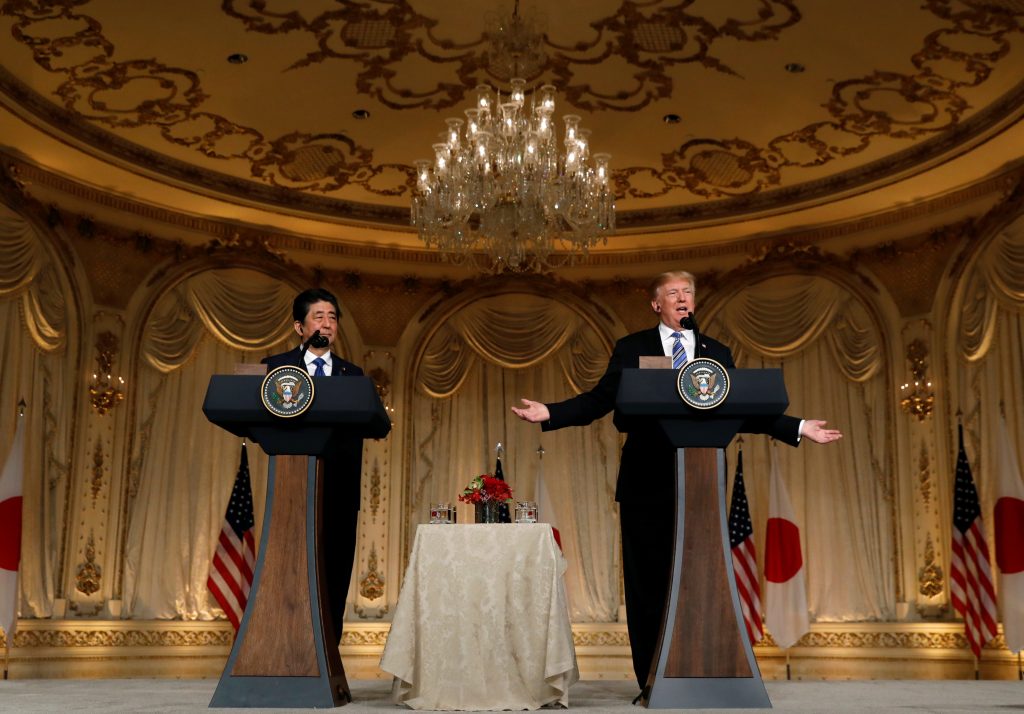 President Donald Trump said on Wednesday he hoped an unprecedented summit with North Korean leader Kim Jong Un would be successful after a recent visit to Pyongyang by CIA Director Mike Pompeo, but warned he would call it off if he did not think it would produce results.

Trump told a joint news conference with Japanese Prime Minister Shinzo Abe that his campaign of “maximum pressure” on North Korea would continue until Pyongyang gave up its nuclear weapons.

He also said Washington was negotiating for the release of three Americans held by North Korea and there was “a good chance of doing it.” He did not answer a reporter’s question as to whether that would be a condition for going ahead with the summit.

“I hope to have a very successful meeting [with Kim],” Trump said in Palm Beach, Florida.

Trump said earlier that Pompeo, one of his most trusted advisers and his pick to be the next U.S. secretary of state, formed a “good relationship” with Kim when he became the first U.S. official known to have met the North Korean leader.

U.S. officials said Pompeo met Kim when he visited Pyongyang over the weekend of March 31 to April 2 to lay the groundwork for the planned summit, in which Trump hopes to persuade North Korea to abandon development of nuclear missiles capable of hitting the United States.

“Mike Pompeo met with Kim Jong Un in North Korea,” Trump said earlier on social media.”Meeting went very smoothly and a good relationship was formed. Details of Summit are being worked out now. Denuclearization will be a great thing for World, but also for North Korea!”

A senior administration official said Pompeo brought up the case of the three American prisoners with Kim in North Korea and that the United States was hopeful for their release.