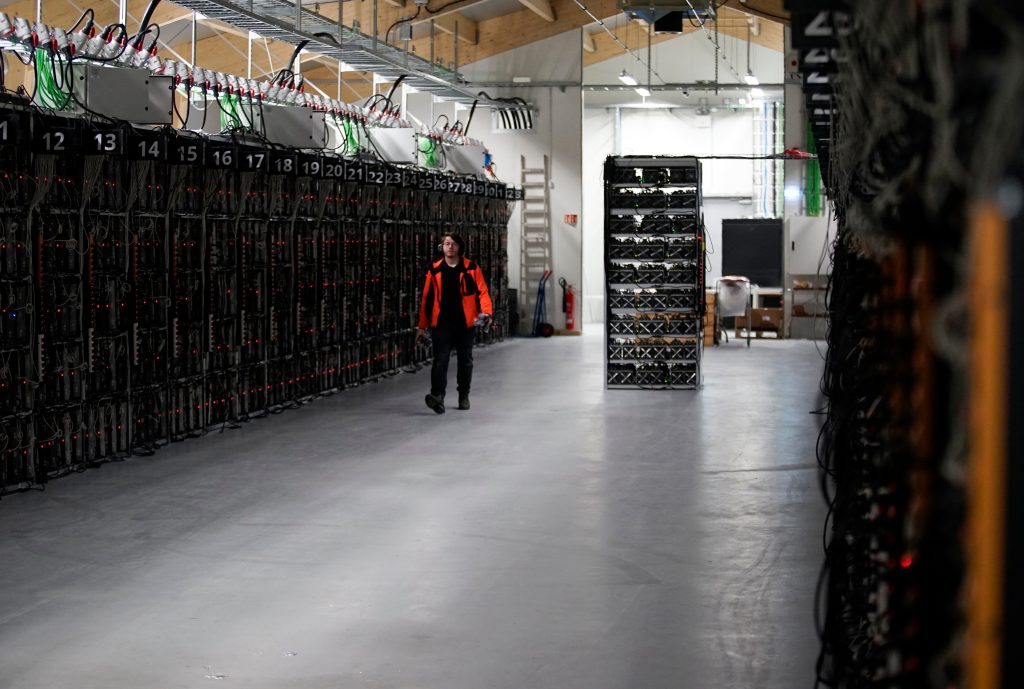 A man suspected of masterminding the theft of about 600 computers used to mine bitcoins and other virtual currencies has likely fled to Sweden after breaking out of a prison in Iceland, officials said Wednesday.

Swedish police spokesman Stefan Dangardt says no arrest has been made in Sweden but Icelandic police have briefed them on the situation and issued an international arrest warrant.

Police in Iceland said they believe Sindri Thor Stefansson fled a low-security prison through a window and boarded a flight to Sweden at Iceland’s international airport in Keflavik.

Icelandic officials said it was unlikely that Stefansson had to show a passport at the airport since he traveled within Europe’s passport-free Schengen travel zone but the plane ticket he used was under someone else’s name.

Stefansson was among 11 people arrested for allegedly stealing the powerful computers in a series of four burglaries in December and January in what is considered Iceland’s biggest-ever heist.

The stolen equipment, which still is missing, has been valued at almost $2 million. Icelandic media have called the case the “Big Bitcoin Heist.” If used for its original purpose — to create new bitcoins — the thieves could turn a massive profit in an untraceable currency.

Police have arrested 22 people altogether, including a security guard, without solving the burglaries.

The escaped prisoner was being held at the Sogn prison in rural southern Iceland, 95 kilometers (59 miles) from the airport. The prison is unfenced and inmates have telephone and internet access.

Stefansson had been in custody since February. He was moved to the open prison 10 days ago, police said.

“He had an accomplice,” Police Chief Gunnar Schram told Visir, an online news outlet in Iceland. “We are sure of that.”

A passenger on the same flight to Sweden as the inmate told national broadcaster RUV that Iceland’s prime minister, Katrin Jakobsdottir, was also on that flight.