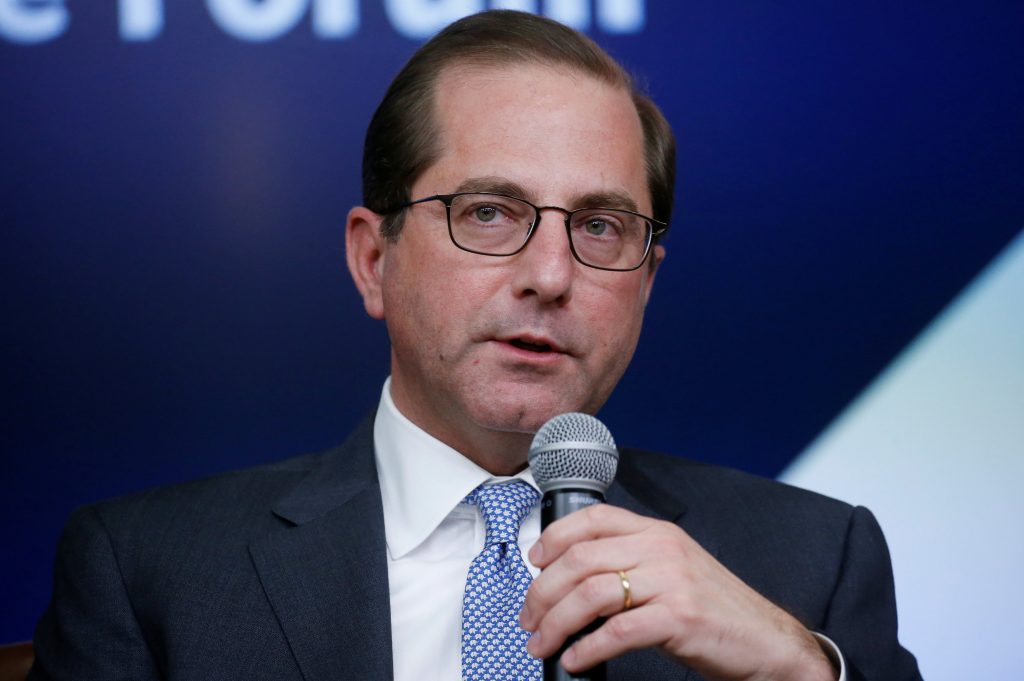 Azar, who was hospitalized briefly over the weekend, has been diagnosed with diverticulitis, the official said.

That’s an inflammation or infection of small pouches that bulge outward through the colon. Such pouches — called diverticula — are common among older adults. They often don’t produce any symptoms unless they become inflamed or infected. Azar is 50.

The official spoke on condition of anonymity, saying HHS is trying to balance a private medical matter with the public’s right to know.

Azar has been working from home and participating in meetings by phone, but he’s scaling back public appearances for now. He won’t attend a Senate budget hearing scheduled for Thursday.

It’s Azar’s first bout of diverticulitis, said the official. Treatment can include antibiotics, pain relievers, and a change in diet.

Azar is a former pharmaceutical company and government executive, who was tapped by President Donald Trump as his second health secretary and charged with devising a strategy to reduce prescription drug costs.

Separately, Sen. John McCain (R-Ariz.) was also hospitalized because of diverticulitis over the weekend. McCain’s case required surgery. The senator has been undergoing treatment for brain cancer.