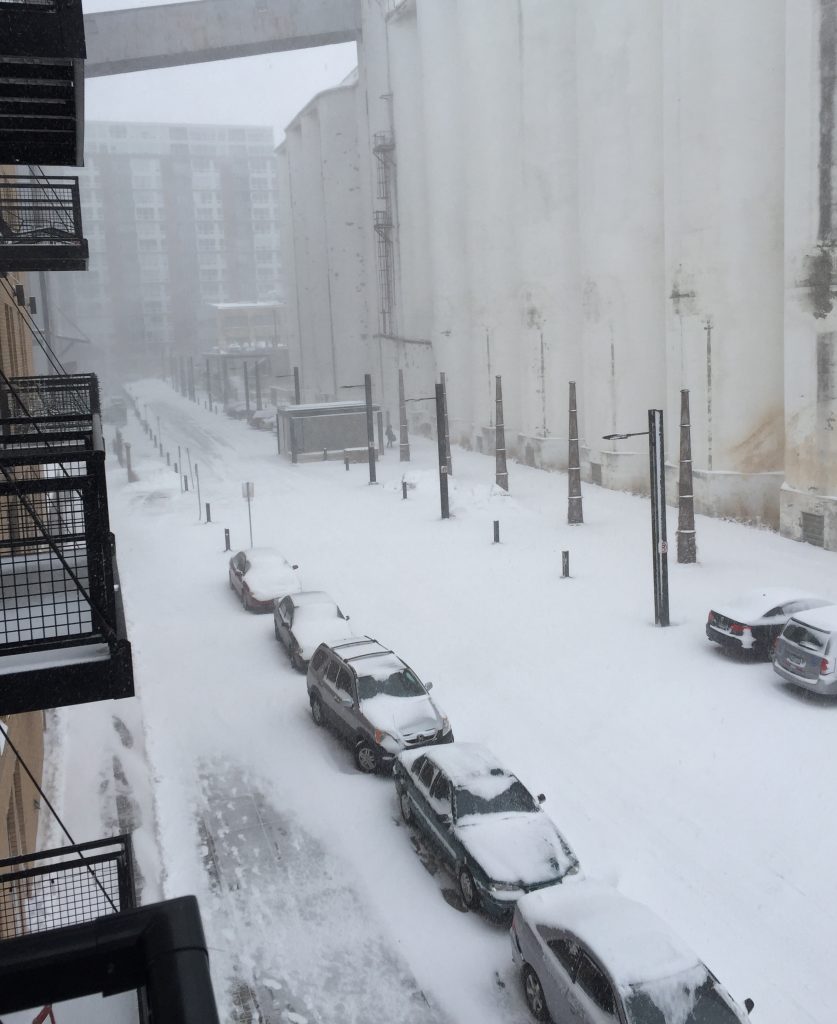 In the upper Midwest, the early spring storm brought snow to a region pining for sunshine and warmth. More than 200 flights were canceled Saturday at Minneapolis-St. Paul International Airport and blizzard conditions forced the airport in South Dakota’s biggest city, Sioux Falls, to remain closed for a second straight day.

Authorities closed several highways in southwestern Minnesota, where no travel was advised, and driving conditions were difficult across the entire southern half of the state. The National Weather Service predicted that a large swath of southern Minnesota, including the Twin Cities of Minneapolis and St. Paul, would get 9 to 15 inches of snow by the time the storm blows through on Sunday, though only a few inches had fallen on the area as of Saturday afternoon.

A band of 6 to 18 inches had fallen by Saturday morning across central and northeastern Wisconsin, with another round on the way. A blizzard warning was issued for the northern half of Wisconsin, which was expected to get another 14 inches by Sunday evening. Winds as high as 55 mph caused blowing and drifting snow, along with ice shoves in Green Bay. The National Weather Service warned of potential coastal flooding along Lake Michigan. The storm system brought ice to southern Wisconsin. Some areas, including Fond du Lac and Sheboygan, are expected to get a quarter-inch of ice accumulation by Sunday morning.

Snow and wind gusts of 40 to 50 mph were whipping through parts of South Dakota for a second-straight day Saturday, causing blizzard conditions that made travel all but impossible. While the blizzard warning was lifted in the western part of the state, it remained in effect for much of southern and eastern South Dakota. No travel was advised in Sioux Falls, where police said the blowing snow made it hard to see anything. Interstate 90 remained closed across the eastern half of South Dakota, from Vivian to Sioux Falls. I-29 remained closed from Sioux Falls north to Summit.

Huron, an eastern South Dakota city of about 13,000 people, received 18 inches of snow. The state’s second-largest city, Rapid City, got 9 inches. The southeastern corner of the state was expected to get 8 to 12 inches of snow by Sunday morning. Winds remained strong, with gusts of 40 to 50 mph.

The storm knocked out power to thousands of customers in Michigan, which was expected to get more snow and ice throughout the weekend. Western Michigan and the state’s Upper Peninsula were getting wind gusts of 50 mph.

One of the two storm-related deaths occurred Friday on snow-covered Interstate 80 near Chappell in western Nebraska, where the State Patrol said an Idaho truck driver lost control of his semitrailer and slammed into a semi that had become stranded. Rollo Ward, 61, of Idaho Falls, Idaho, died at the scene.

The other death happened early Saturday in northwestern Louisiana when a storm toppled a tree onto a mobile home in Haughton, killing a sleeping two-year-old girl inside. Lt. Bill Davis of the Bossier Parish Sheriff’s Office said four adults and a 15-month-old child who were also in the recreational vehicle were not hurt.

In Arkansas, a tornado ripped through the tiny Ozark Mountain town of Mountainburg on Friday afternoon, injuring at least four people and causing widespread damage. Video showed uprooted trees, overturned cars, damaged buildings and downed power lines. In Conway, powerful winds damaged several buildings at the University of Central Arkansas on Friday, including the roof of a freshman dormitory that was evacuated. No injuries were reported.

The storm made its mark in Texas, too, where hailstones the size of hen eggs fell on areas south of Dallas and Fort Worth, said weather service meteorologist Patricia Sanchez. In Austin, high winds and rain downed tree limbs and lightning struck a couple of houses, but there was no major damage reported in the city, according to fire officials.