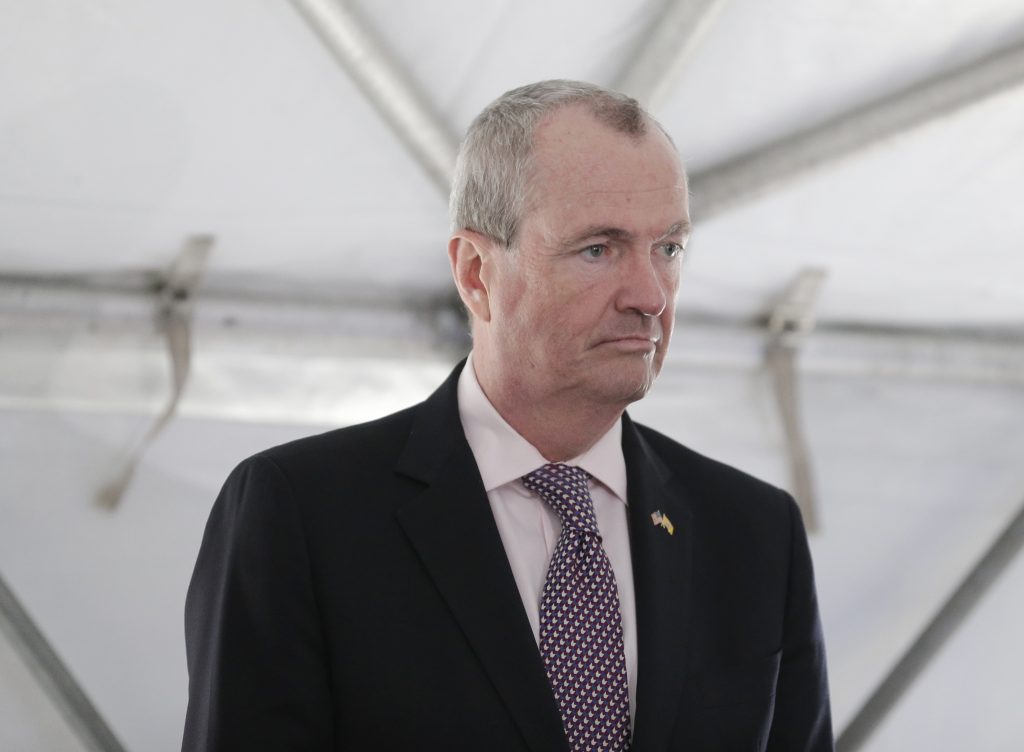 His spending proposal offers little relief to those attending four-year schools in a state with the nation’s fourth-priciest public-university system. The increasing cost of such schools has helped drive the U.S. student-debt pile higher than that for credit cards, automobiles or home equity, and a rising default rate echoes the mortgage binge that caused 2008’s housing meltdown.

“I’m concerned that pursuing a four-year degree might not be an option for many students,” said Suzanne Link, 20, a human resource management major who was elected on an affordability platform as New Brunswick campus student government president at Rutgers University, where in-state tuition and fees were $14,638 for the 2017-2018 year. “It’s not like people are rolling around in a pool of money here.”

Murphy, a former Goldman Sachs Group Inc. senior director who took office in January, has proposed higher-education direct funding of $2.39 billion for fiscal 2019. That’s an increase of $70 million from this fiscal year, with $50 million of that for community-colleges’ tuition and administrative costs.

“We have brought much-needed attention and resources to New Jersey’s community colleges in service to both traditional and non-traditional students,” Murphy spokesman Dan Bryan said in an emailed statement. “The proposed budget also provides modest increases for four-year higher-education institutions.”

New Jersey, whose average household income of $73,702 ranks it third among U.S. states, also has some of the highest living costs. Under Murphy’s plan, taxpayers would cover the bill next year for 15,000 students with family incomes of less than $45,000.

More than 150,000 people in New Jersey are enrolled in community colleges, where an average semester’s tuition is less than half what the big schools charge. Nationally, average net tuition and fees at two-year schools were mostly steady from 2012 through 2017, while four-year public school costs have grown for eight years, according to the College Board, the New York City-based not-for-profit group that administers standardized entrance exams.

About two-thirds of New Jersey four-year students get federal and state financial aid, versus more than half at community colleges. The assistance at the smaller schools, though, goes further. According to 2012-13 state data, the most recent comparable figures available, 84 percent of aid recipients’ community-college tuition was covered by Pell and Tuition Aid grants, Educational Opportunity Fund awards and work-study arrangements. At four-year schools, which have the added burden of housing costs, the relief was just 37 percent.

Murphy detailed his proposal at Mercer County Community College in Hamilton on April 5, saying that two-year schools are key to a stronger workforce.

“Who died and went to heaven and said that public education is free from K through 12 and not before K or after 12?” Murphy said. “Education ought to be a right, not a privilege.”

New Jersey, though, faces an estimated $8.7 billion deficit between revenue and spending for the fiscal year that starts July 1. Its property taxes, averaging $8,690 in 2017, are the highest among U.S. states; its public pension system is the least funded and its credit rating is the second-worst, behind Illinois.

Murphy plans $1.3 billion in new taxes to help cover the state’s expenses, including a record $3.2 billion pension payment. His $37.4 billion budget includes $50 million for tuition-free community college, most of that in grants for students with average household incomes below $45,000. He plans to phase in more students until community college is state-paid for all by 2021, for an estimated $200 million annually.

Lawmakers, whose budget support is crucial to Murphy’s agenda, were skeptical.

“What we shouldn’t do is force overtaxed families to pick up the tab for Governor Murphy’s spending spree,” Senate Minority Leader Tom Kean Jr., a Republican from Westfield, said in a statement. In an interview, Senate President Steve Sweeney, a Democrat from West Deptford, said his priorities were pensions and local schools. “I can’t rule it out or in right now,” he said of free tuition.

At least 11 states offer full or “last-dollar” community college tuition, the sort of program Murphy wants, which kicks in after other aid is exhausted. Nationally, it’s debatable whether the need exists, or if taxpayers can bear the price.

California’s proposed plan is expected to cost $31 million annually as its four-year schools are facing a second straight year of tuition increases — a hike that prompted students from the 23-campus state university system to protest in Sacramento on April 4. In Oregon last year, two-year enrollment exceeded funding even after lawmakers quadrupled the tuition budget, forcing the state to cancel the free ride for wealthy students.

In New Jersey, the big schools’ state budget support dropped 30 percent from 2006 to 2018, according to the New Jersey Association of State Colleges and Universities, a Trenton-based lobbying group representing nine four-year institutions. Murphy’s budget won’t ease affordability for tens of thousands of students, the group said.

“The four-year public institutions received no increase in operating appropriations,” Pam Hersh, an association spokeswoman, said in an email. In addition, those schools “received no extra scholarship money that the four-year publics could have used in the same fashion as the community colleges.”

Universities across the country are facing similar financial stress. Moody’s Investors Service in December revised its national higher-education outlook to negative from stable, citing operating revenue that wasn’t expected to keep pace with expenses for as long as 18 months.

In New Jersey, 62 percent of students graduated in 2016 with college debt — an average of $30,536, the ninth-highest debt among U.S. states, according to LendEDU, a school-borrowing marketplace.

Even if lawmakers approve Murphy’s community-college plan, it would be too late to benefit Sean Atterbury, 21, of Matawan, who will graduate soon from Brookdale Community College in Lincroft. He plans to transfer to the political science program at The College of New Jersey in Ewing, where full-time tuition and fees will run about $8,000 per semester, versus the roughly $2,500 he paid at Brookdale. He’ll continue to commute from home.

“The big thing for us is my mother wants to move out of Jersey because the taxes are too high,” Atterbury said in an interview. “I’m worried about how the state would pay for this.”