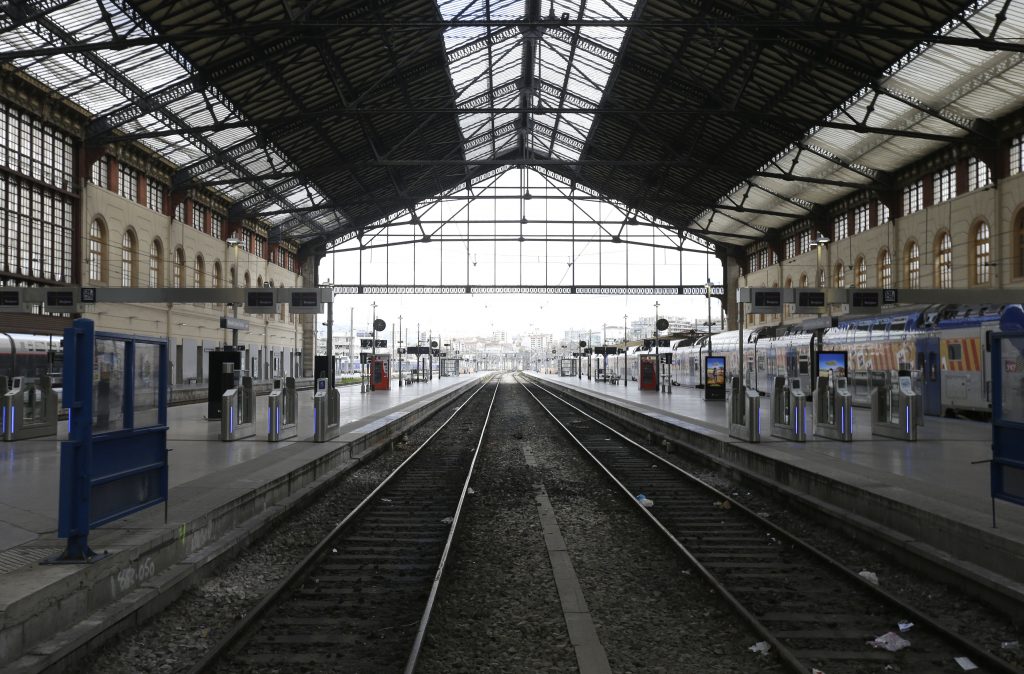 Commuters coped with another day of disrupted train service in France as labor unions insisted Monday they would not back down from a series of strikes that is expected to continue later in the week.

Some 80 percent of French high-speed trains were out of operation as rail workers entered their fourth day of what the unions promised would be periodic rolling strikes through June. About one-quarter of international trains to and from France also were affected.

The next round of walkouts is scheduled for Friday and Saturday. The unions have set a strike schedule that calls for work stoppages lasting two or four days per week.

France’s national SNCF rail authority forecast a resumption of regular domestic high-speed train service for Tuesday, which is not set as a strike day. SNCF said service would be close to normal for international lines, but 20 to 40 percent of trains not on high-speed domestic routes would be canceled.

The unions are protesting French President Emmanuel Macron’s plans to revoke a special status that allows rail drivers to retain jobs and other benefits for life. The government wants to do away with the protections to make the rail sector more competitive.

A few protesters hurled bottles, while others waved flares or carried union flags as riot police stood guard, but the protest ended peacefully.

Supporters are crowdfunding online to help striking workers who are giving up their wages during the walkouts.