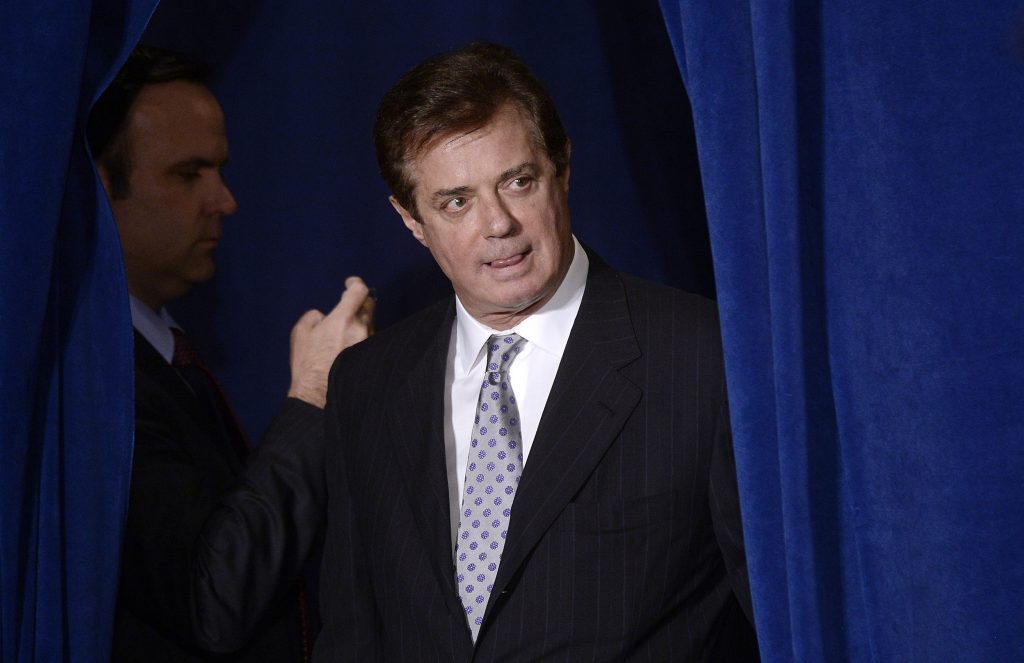 Paul Manafort, the indicted former Trump campaign chairman, claims the FBI illegally searched a storage unit that held his business and tax records and has asked a judge to throw out all evidence from that search.

Manafort’s lawyers said in a court filing that an FBI agent improperly obtained access to the unit from a former employee of his political consulting firm who still had a key.

Having surveyed the entire contents of the storage locker in Alexandria, Va., May 26, the agent wrote a search warrant, which a judge then signed. The FBI returned the next day to seize boxes of records and a file cabinet, according to the filing in federal court in Washington.

Those records provided evidence that led to the indictment of Manafort and his former right-hand man, Rick Gates, Manafort’s lawyers contend. Arguing that the former low-level employee of Davis Manafort Partners Inc. lacked the authority to let the agent into the storage unit, the search violated Manafort’s constitutional right against unreasonable searches and seizures, they said.

“The search warrant was fundamentally flawed from the outset because the FBI agent knew when he conducted the warrantless search of the storage unit that he had not obtained valid consent to do so,” Manafort’s attorneys wrote. “All evidence that the government obtained from the FBI’s second search of the premises, and the fruits thereof, should be suppressed.”

A spokesman for special counsel Robert Mueller, who is overseeing the Manafort investigation as part of his investigation of Russia’s meddling in the 2016 presidential election, declined to comment.

Manafort has pleaded not guilty to separate indictments in Washington and Alexandria that were signed by Mueller. Manafort has filed a civil lawsuit and motions in both of his criminal cases that question Mueller’s legal authority to prosecute him. Those matters are pending.

Manafort is accused in the Washington case of laundering the profits from tens of millions of dollars that he made as a political consultant to former Ukrainian President Viktor Yanukovych and other politicians in Ukraine, and with not registering in the U.S. as a lobbyist. In Virginia, he’s accused of tax and bank fraud. Gates has pleaded guilty and is cooperating with Mueller.