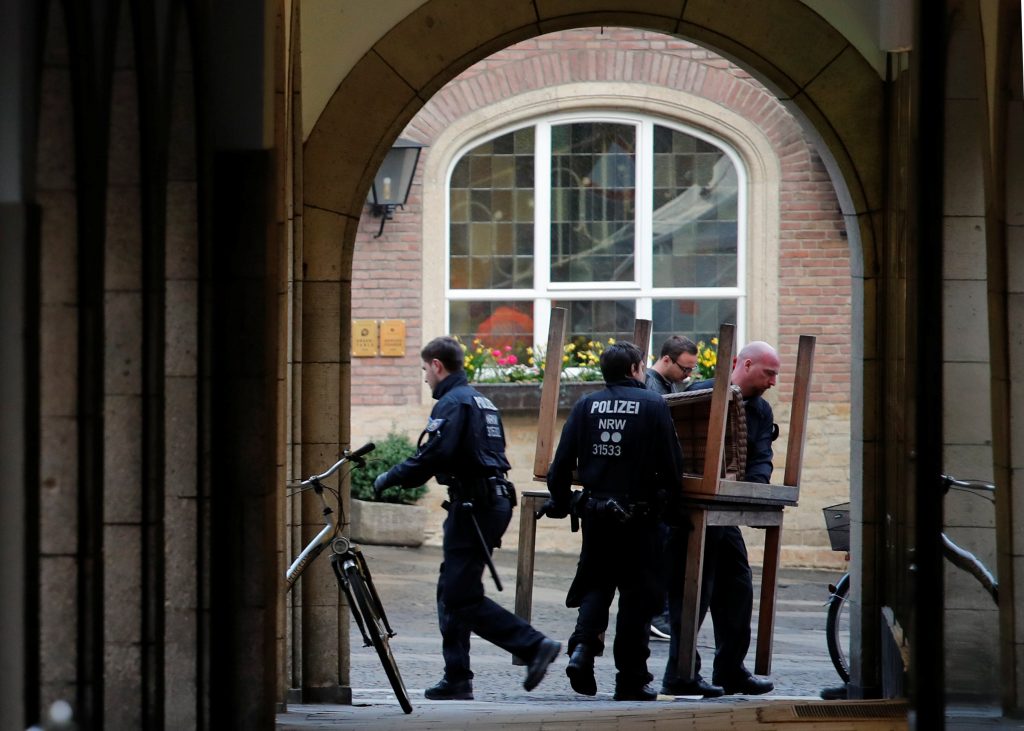 German investigators were trying to work out why a man drove a camper van into a group of people sitting outside a restaurant in the western university city of Muenster on Saturday, killing two people before shooting himself dead.

The vehicle plowed into people seated at tables outside the Grosser Kiepenkerl eatery, a popular destination for tourists in the city’s old town.

Forensic police combed the scene on Sunday after investigators named the victims as a 51-year-old woman from the Lueneburg area in northern Germany and a 65-year-old man from the Borken area near Muenster.

“According to the current state of the investigation, the driver is probably a 48-year-old man from Munich,” senior public prosecutor Martin Botzenhardt said in a joint statement with Muenster police.

“So far there are no indications of a possible background for the crime. The investigations are being conducted at full speed and on all fronts,” he added.

The perpetrator shot himself after crashing the silver-gray-colored van into the outside area of the restaurant, police said.

The Frankfurter Allgemeine Zeitung reported in its online edition that the perpetrator was Jens R., 48, who resided some 2 km (1.2 miles) from the crime scene.

The Sueddeutsche Zeitung said the man had psychological problems. The Interior Ministry in North Rhine-Westphalia would neither confirm nor deny the report.

Chancellor Angela Merkel said in a statement she was “deeply shaken.” On Saturday evening, the White House issued a statement sending President Donald Trump’s “thoughts and prayers” to the families of those killed.