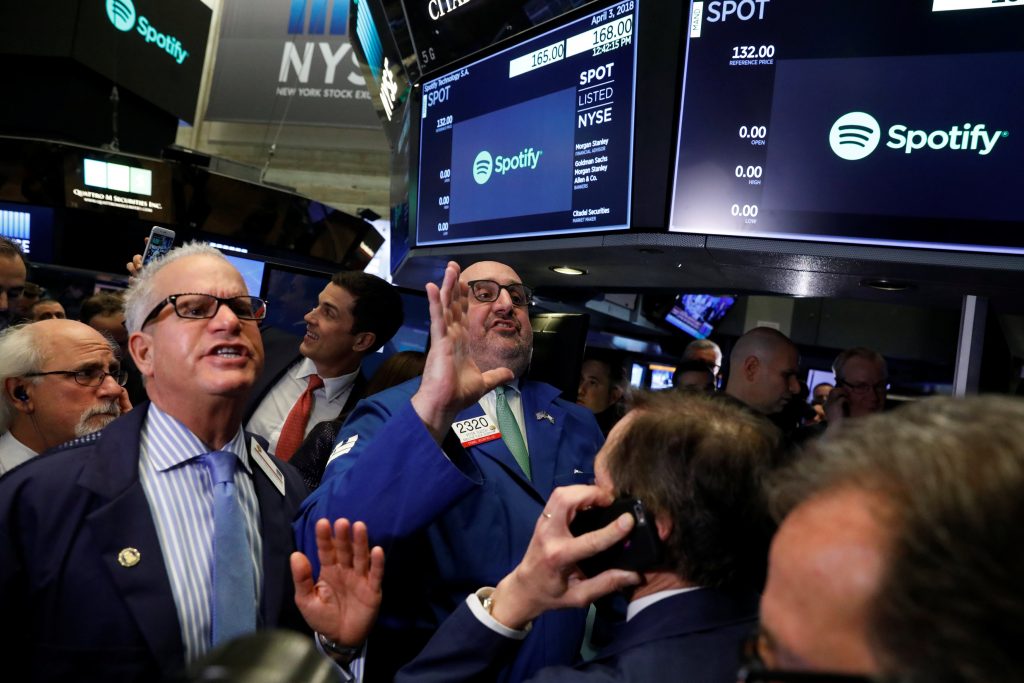 Banks, retailers, health care and energy companies climbed Tuesday as U.S. stocks regained much of what they lost in a steep drop a day earlier. Several big technology companies including Apple also recovered.

Banks rose as interest rates turned higher, and automakers Ford and General Motors also jumped after saying their sales rose in March after a rough start to the year. Retailers like Foot Locker and consumer-focused companies including Netflix also climbed.

Craig Holke, investment strategy analyst for the Wells Fargo Investment Institute, said the market will continue to bounce around as investors worry about changes in trade that could slow down the global economy and company profits. He noted that the U.S. hasn’t entered a full-blown trade war since 1930, and trade relationships were much different back then.

“There was a lot less interconnectedness,” he said. “Every country was actually more insulated, produced more of their own goods at that time. It’s really hard to get around that nowadays.”

Among individual stocks, CBS added 4.2 percent to $52.86 on reports it plans to make an offer to buy corporate sibling Viacom. The offer is reported to be for less than Viacom’s current market value, and Viacom stock fell 3.7 percent to $29.42.

Music streaming company Spotify made its debut on the New York Stock Exchange Tuesday. Instead of raising money through an initial public offering underwritten by an investment bank, Spotify Technologies took a more unusual route called a direct listing that lets investors sell the stock directly. It started trading at $165.90 a share, well above the previous high share price of $132.50 it reached in private deals. The stock wound up closing down 10.2 percent at $149.01.

It’s been a rocky month for stocks as investors worried about changes to the North American Free Trade Agreement and tensions between the U.S. and China, the world’s biggest economies. Stocks plunged one day ago after China placed tariffs on a small number of exports, and investors fear that its response to a broader package of trade sanctions will be harsher. But Holke, of Wells Fargo, said it’s likely the countries will find ways to resolve their differences on issues including complaints that Beijing steals or pressures foreign companies to hand over technology.

“If they can get China to remove this process of having this technology transfer in place for companies that do business in China, the tariffs might not even go into effect,” he said.

The Nasdaq, which set its most recent record on March 12, is down 7.5 percent in just three weeks. Some of the market’s woes stem from the fact that several of the largest technology companies have come under fire at the same time. Facebook is still deep in the fallout of an ever-widening privacy scandal, and if the government decides to regulate online consumer data in new ways, that also might affect Alphabet, Google’s parent company, as well as smaller social media companies like Twitter and Snap.

Meanwhile Amazon, which isn’t officially classified as a technology company, has come under fire from President Donald Trump, who has griped about the company’s tax payments, deals with the U.S. Postal Service, and other issues. His statements have often diverged from the facts and he’s also blamed Amazon for critical news coverage of his administration by The Washington Post, which is owned by Amazon founder and CEO Jeff Bezos but isn’t part of Amazon.

Amazon spiked 1.5 percent to $1,392.05 after Bloomberg News reported that the White House isn’t talking about taking any steps against the company. Still, Piper Jaffray analyst Michael Olson said Trump is likely to continue periodically bashing the company for as long as he’s in office, but steps like sales tax collection changes won’t affect Amazon much, and the Post Office probably won’t raise shipping rates much either.

Bond prices declined. The yield on the 10-year Treasury note rose to 2.78 percent from 2.73 percent.