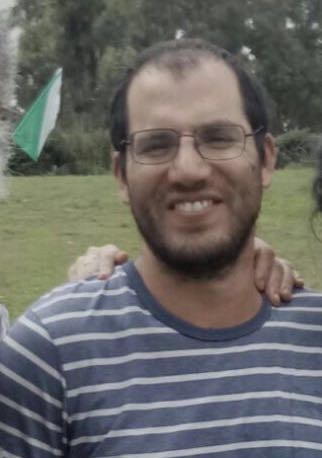 The IDF issued an order early Monday for the demolition of the home of the murderer of Adiel Coleman, Hy”d, the Israeli who was stabbed to death in the Old City of Yerushalayim two weeks ago. Soldiers raided the Arab village of Aqraba in the Binyamin region, the home village of the 28-year-old stabber, Bad al-Rahman Bani Fadal, and arrested several members of the terrorist’s family

The stabbing took place on March 18th on Hagai Street, near the Lion’s Gate entrance to the Old City and adjacent to one of the entrances of Har HaBayis. Coleman, 32, was stabbed and badly injured in his upper body, and was taken to hospital in critical condition. He was niftar after several hours. Fadal was shot and killed by security forces. Fadal had a permit to enter Yerushalayim, security officials said. He was the father of three, with one of his children born just last week.

IDF soldiers and Israel Police raided a weapons workshop in Chevron overnight Sunday. Components for weapons, some manufactured on site and some brought in from other places, were seized. Several weapons that had been manufactured in the workshop were seized as well. One person was arrested, and other arrests are expected.

In addition, IDF forces confiscated terror funds from several suspects in the region. The money, amounting to tens of thousands of shekels, was found in a house in Chevron. The money was part of payments made by Hamas and the Palestinian Authority to the families of terrorists for committing terror acts against Israelis, officials said.