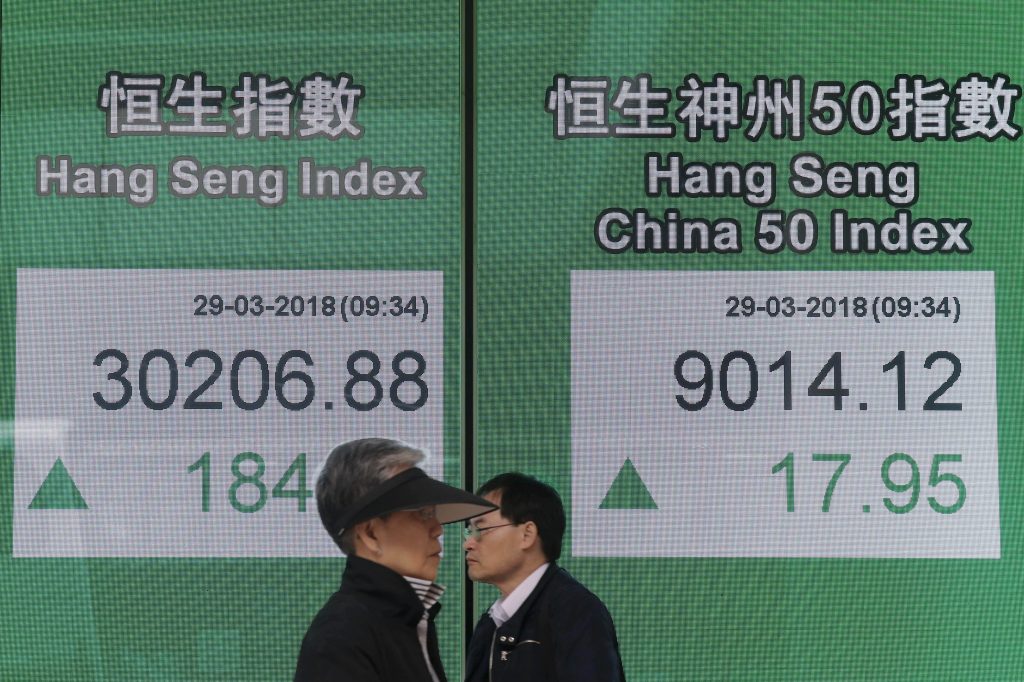 Most Asian stock markets rose on Thursday, as fears of a U.S.-China trade dispute eased and news of a rare summit between the leaders of North Korea and South Korea shored up investor sentiment. Trading in some markets was muted ahead of the upcoming long weekend.

Beijing again sought to head off a trade war with the U.S., urging Washington to abandon plans to impose tariffs that it warned could trigger a chain reaction disrupting global trade. Commerce Ministry spokesman Gao Feng vowed that China will “fight to the end” to defend its interests, in response to President Donald Trump’s plans to hike tariffs on $60 billion in Chinese goods in a dispute over technology policy. Gao repeated earlier statements that China is open to talks, but wouldn’t confirm reports they’ve already started.

“Our view remains that China and the U.S. will reach a negotiated solution both in terms of trade and investment restrictions such that the tariffs and restrictions will ultimately be very modest, if at all,” said Shane Oliver, head of investment strategy at AMP Capital. “But this could take a month or more to resolve and so market nervousness around this issue will linger for a while.

Benchmark U.S. crude rose 32 cents to $64.69 a barrel in electronic trading on the New York Mercantile Exchange. The contract lost 87 cents, or 1.3 percent, to settle at $64.38 per barrel on Wednesday. Brent crude, used to price international oils, rose 21 cents to $68.97 per barrel in London.