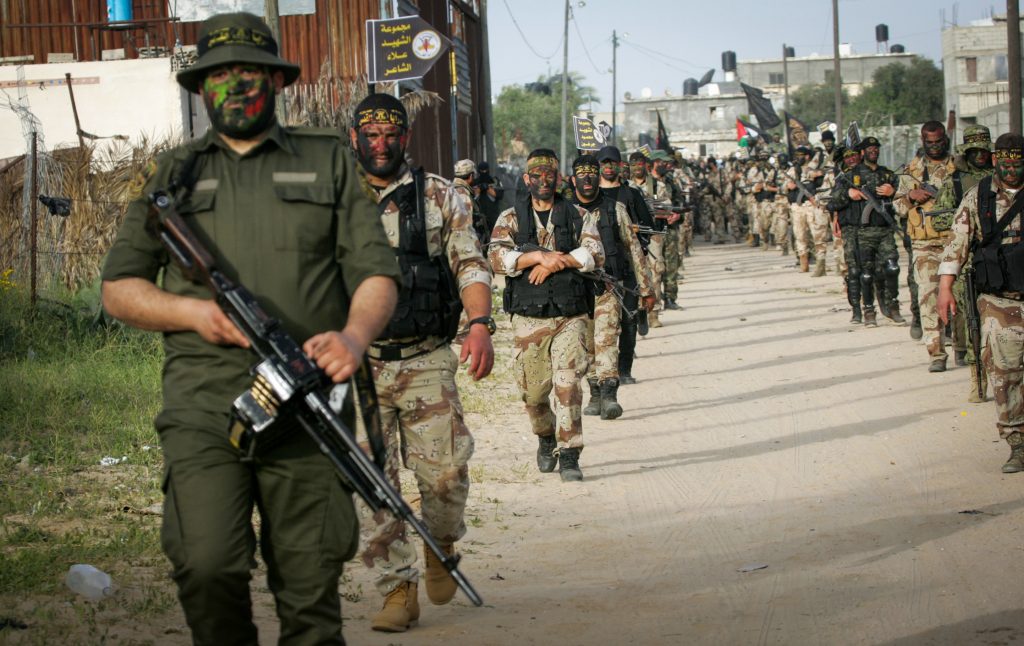 Israeli security officials warned on Wednesday that Palestinians who initiate violence at the Gaza border in the coming days will be met with a tough response.

IDF Chief of Staff Lt.-Gen. Gadi Eisenkot said that soldiers will be permitted to use live ammunition if demonstrations turn violent and rioters try to breach the security barrier, The Jerusalem Post reported.

“We are reinforcing the barriers and a large number of IDF soldiers will be stationed in the area to prevent any trespassing attempts into Israeli territory. Our main goal is to prevent civilians, especially women and children, from being harmed. We are adamant about preventing any incidents,” Eisenkot said.

“We have deployed more than 100 sharpshooters who were called up from all of the military’s units, primarily from the special forces,” Eizenkot said. “If lives are in jeopardy, there is permission to open fire.”

Meanwhile, tensions were mounting. An Israeli tank shelled two Hamas observation posts in northern Gaza on Wednesday after two Palestinian men set fire to a platform near the border fence, the IDF said.

Organizers of the Gaza demonstrations were apparently undecided about what they will do once they get to the border.

“When we march to the border, the organizers will decide then what to do,” said Ismail Radwan, a Hamas official, told The Associated Press.

Israeli Cabinet Minister Yoav Galant, a retired general and member of the inner Security Cabinet, said: “Hamas is in distress. They are using in a cruel and cynical way their own population in order to hurt them and to hurt Israel.”

Israel’s Foreign Ministry called the planned marches “a dangerous, premeditated provocation meant to fan the flames of the conflict and increase tension.”

Mkhaimar Abusada, political science professor at Gaza’s al-Azhar University, told the AP that “Hamas has realized it’s besieged from three sides; Israel, Egypt and the Palestinian Authority. It feels the crisis is suffocating.”

He said that for Hamas, the protests can divert attention from their domestic woes while avoiding renewed war with Israel. “They think busying Israel with this issue may put it under pressure,” he said.