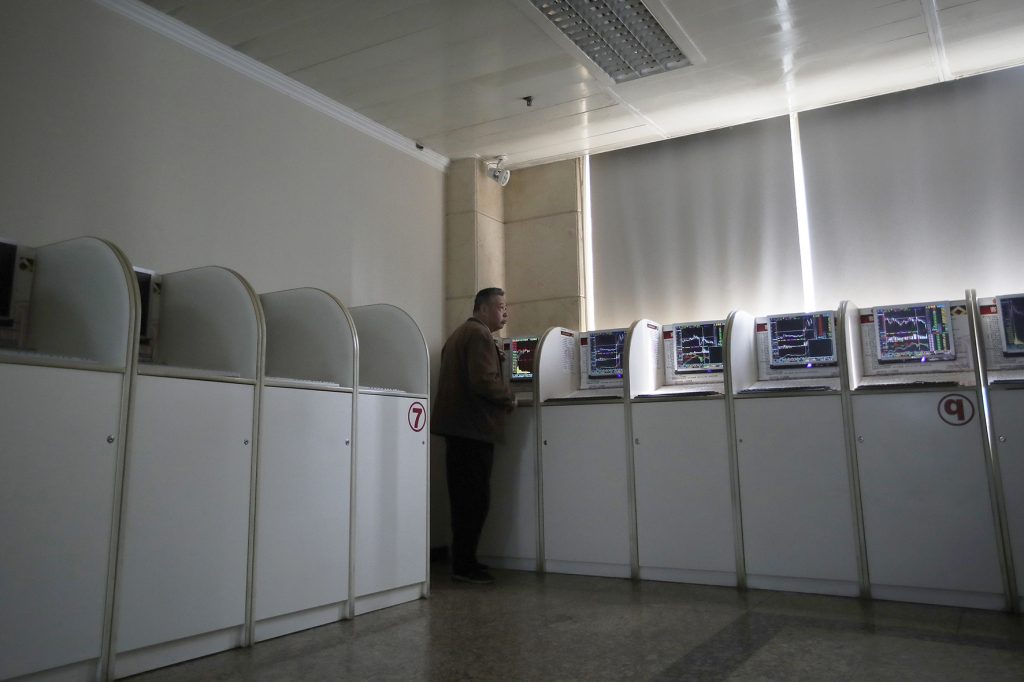 World stocks came off six-week lows and U.S. stock futures jumped on Monday on optimism that the United States and China are set to begin negotiations on trade, easing fears about a trade war between the world’s two largest economies.

MSCI’s world equity index, which tracks shares in 47 countries, turned positive on the day, having earlier hit its lowest level since February 9, after a Wall Street Journal report that Treasury Secretary Mnuchin was considering a visit to Beijing to begin negotiations.

“Exemptions on steel/aluminium tariffs have already been granted for other important trade partners (Canada, Mexico, EU), which suggests the U.S. president is using this approach more for negotiating leverage rather than any real intention to start a global trade war,” wrote Mike van Dulken, head of research at Accendo Markets, noting a “measured” and “nuanced” response from China so far.

Most European stock indices opened slightly higher, with the STOXX 600 benchmark up 0.4 percent and the export-sensitive German DAX up 0.5 percent.

Fears of a trade war mounted earlier this month after Trump first slapped tariffs on steel and aluminium imports, and then on Thursday specifically targeted China by announcing plans for tariffs on up to $60 billion of Chinese goods.

Signs of potential compromises were also supported by news overnight that South Korea would be exempted from U.S. steel tariffs in a revision of the bilateral trade pact between the two countries.

Concerns over the formation of a new anti-establishment government in Italy weighed on Southern European debt on Monday, though this was counterbalanced to an extent by a ratings upgrade for Spain late on Friday.

Italian bonds underperformed, with 10-year yields rising as much as 4.5 basis points in early trade, on further signs that the antiestablishment 5-Star Movement and the antimigrant League might explore an alliance to form a government.

In commodities, international Brent crude futures opened above $70 per barrel for the first time since January but the gains could not be sustained as the ongoing trade disputes weighed on global markets.

Spot gold had hit five-week highs early but turned negative as the session wore on and was marginally lower on the day at $1,345.2900 an ounce.