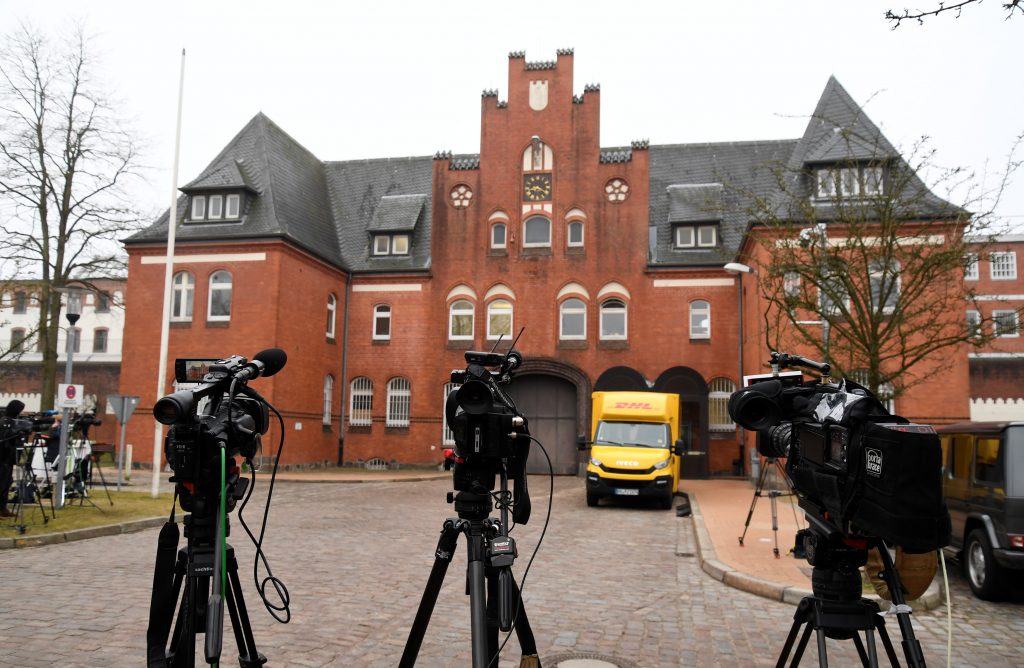 Catalonia’s former president, Carles Puigdemont, was to be brought before a court in Germany on Monday to determine whether he stays in custody pending further decisions on extradition proceedings.

The closed-doors hearing comes amid heightened tensions in the Spanish region following Puigdemont’s arrest on a European warrant Sunday as he entered Germany from Denmark. Tens of thousands protested late Sunday in Barcelona and other Catalan towns, and some demonstrators clashed with riot police — leaving more than 50 civilians and police officers injured.

Prosecutors in the northern German state of Schleswig-Holstein wouldn’t say where Monday’s closed-doors hearing would take place, and the timing also wasn’t clear. The hearing will entail the court formally establishing Puigdemont’s identity and determining whether he is kept in custody on a preliminary basis, said Wiebke Hoffelner, a spokeswoman for prosecutors.

The state court in Schleswig will decide at a later date whether to put Puigdemont in formal pre-extradition custody on the basis of documents provided by Spain. German government officials have stressed that the case is a matter for the judicial system.

German news agency dpa said Puigdemont was taken to a prison in the town of Neumuenster Sunday.

Spain was plunged into its worst political crisis in four decades when Puigdemont’s government flouted a court ban and held an ad-hoc referendum on independence for the northeastern region in October.

The Catalan parliament’s subsequent declaration of independence received no international recognition and provoked a takeover of the regional government by Spanish authorities.

Spanish authorities accuse Puigdemont, 55, of rebellion and of misuse of public funds in organizing the referendum.

Spain had originally asked for Puigdemont’s extradition from Belgium after he fled there in October, but later withdrew the request until Spanish Supreme Court judge Pablo Llarena concluded his investigation this week. Llarena ruled that a total of 25 Catalan separatists would be tried for rebellion, embezzlement or disobedience.

In the meantime, Puigdemont was free to make trips to Denmark, Switzerland and Finland, as part of his effort to gain international support for the secessionist movement.

The international arrest warrant for Puigdemont was reactivated on Friday, when he was visiting Finland. Spain has also issued five warrants for other separatists who fled the country.