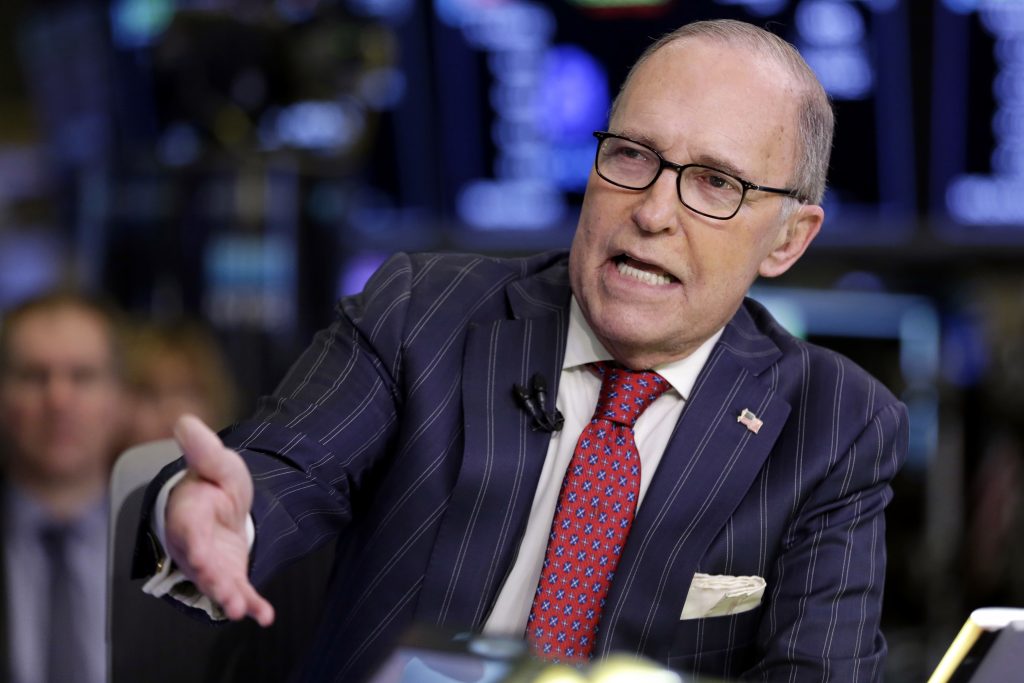 President Donald Trump confirmed Thursday that he has picked CNBC contributor Larry Kudlow as his top economic adviser and said the country is in line for a long run of upbeat financial news.

The United States “will have many years of Great Economic & Financial Success, with low taxes, unparalleled innovation, fair trade and an ever expanding labor force leading the way!” the president tweeted.

Kudlow is succeeding Gary Cohn, a former Goldman Sachs executive, at the White House. Cohn is leaving after a dispute over President Trump’s decision to impose tariffs on imported steel and aluminum.

Kudlow served in the Reagan administration and has emerged as a leading proponent of tax cuts and a smaller government.

Kudlow told The Associated Press on Wednesday that he has accepted the offer and said the U.S. economy was poised to take off after President Trump signed $1.5 trillion worth of tax cuts into law.

“The economy is starting to roar and we’re going to get more of that,” he said.

Kudlow will join an administration in the middle of a tumultuous overhaul, with a number of White House staffers and top officials departing in recent weeks. The president on Tuesday dumped his secretary of state, Rex Tillerson.

The president seems increasingly determined to tax foreign imports, a policy that Kudlow personally opposes. Kudlow said he is “in accord” with Trump’s agenda and that his team at the White House would help put in place policies set by the president.

President Trump has promised to reduce the trade imbalance with China and rewrite the North American Free Trade Agreement (NAFTA) with Canada and Mexico. Kudlow declined to say what advice he would give the president on trade issues, saying instead that President Trump is “a very good negotiator.”

Larry Kudlow, 70, has informally advised the Trump administration in the past and he has spoken with the president “at some length in recent days,” so he is ready “to hit the ground running.”

Mr. Kudlow told CNBC on Wednesday that he was going to Washington on Thursday to meet with President Trump. White House spokeswoman Sarah Huckabee Sanders said the administration “will keep everyone posted” on when Mr. Kudlow officially assumes the job.