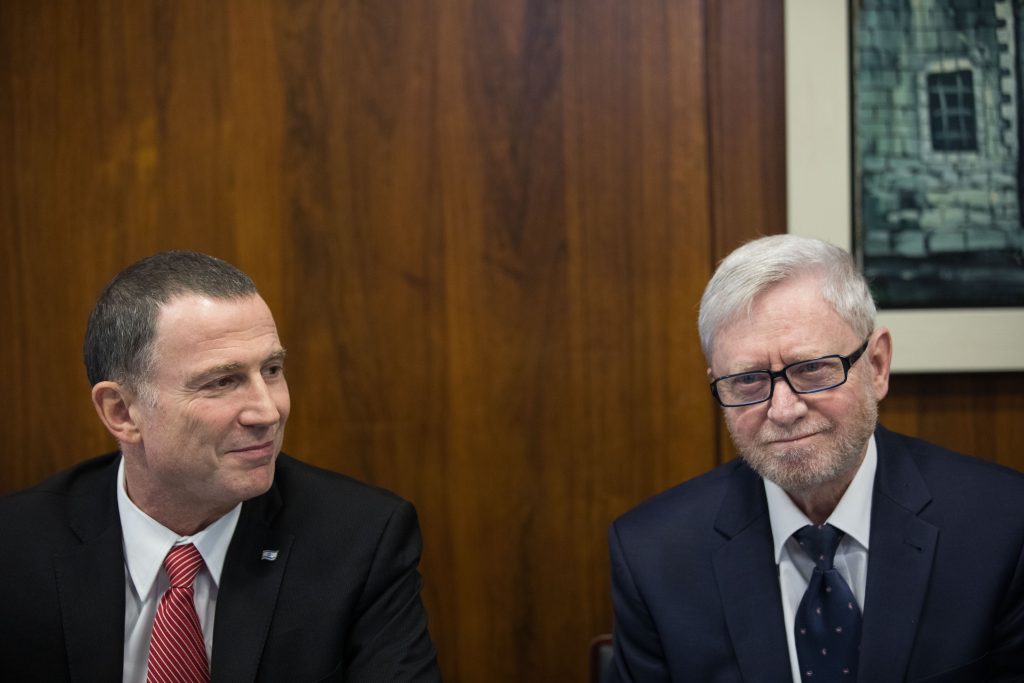 The State Comptroller’s comprehensive legal review of IDF performance in the 2014 Gaza war released on Wednesday found that the army was in compliance with international law and had taken extensive precautions to avoid civilian casualties, but pointed out flaws in its handling of humanitarian issues.

Comptroller Joseph Shapira noted several specific failings, among them, a lack of resources for identifying civilians in harm’s way in order to protect them from being targeted.

The report quoted the army which estimated “that today, our capabilities in this area in regard to Yehudah and Shomron and Gaza stand at about 50 percent as compared to the actual needs, due to gaps in terms of resources.” A shortage of Arab-fluent soldiers was identified as handicapping those efforts. Only 34 percent of civilian affairs officers who are tasked with liaison with Palestinians to ensure their safety could speak Arabic.

The report was critical of the Hannibal Protocol, a special order that gives officers in the field wider latitude of operation in the event a soldier is kidnapped. It said that even in the upper echelons of the IDF there was confusion over its exact meaning.

The comptroller noted a disconnect between High Command and field commanders and the soldiers involved in the incidents as having, “gaps in understanding the orders that might be understood as ambiguous regarding the possibility of deliberate harm to the abducted person and might even create a lack of clarity among the forces operating in the field regarding the employment of firepower to prevent abduction.”

The army replaced the Hannibal Protocol with a new order covering such situations in June 2016 that was intended to eliminate the confusion.

To solve that problem, the IDF implemented a compromise called Fact Finding Mechanisms, which would operate in parallel to operational briefings.

While the comptroller said that the FFA system met international law’s minimal requirements, it was still insufficient to prevent the operational and legal processes from being in conflict.

But along with the criticism, mostly related to the efficacy of humanitarian efforts, the comptroller had much praise for the IDF.

The army’s legal division, he said, was careful to obtain the necessary evidence on its own and its final decisions were based on professional judgments in line with international law.

On the civilian side, the report praised the security cabinet for taking into account international law on avoiding civilian casualties when it set targeting policy for the war. He said the cabinet ministers discussed ensuring civilian safety in 18 separate meetings during the war.

He wrote that the cabinet minutes and statements of ministers made it, “clear that both the political echelon and the senior military echelon explicitly considered the limitations and rules set forth in international law with regard to the conduct of the fighting in Gaza, and the Prime Minister gave explicit instruction to refrain from harming uninvolved civilians.”

“The minutes also indicate that both the political and the senior military echelons took into account, as part of the conduct of the hostilities in Gaza, the issue of humanitarian assistance to the residents of Gaza,” said the comptroller, adding that throughout the war the cabinet received legal advice to better comply with international law.

The report also contained specific cases where senior commanders informed the cabinet that they had refrained, due to danger to civilians, from striking targets which legally could have been hit.

The mixed nature of the comptroller’s report will be used by supporters and critics of Israel alike.

As The Jerusalem Post noted, “supporters of Israel will look to the report’s main headline of compliance with international law, while the U.N. Human Rights Council and various detractors will likely focus on the many shortcomings the report points out.”

In particular, the critical contents of the report could provide the International Criminal Court with ammunition to charge Israel with human rights violations, despite its documented efforts to avoid harming civilians.

In a rare move, the 169-page report was published in both Hebrew and English.

In a routine response, the IDF said it welcomed the report and will “earnestly study its findings and work to address the shortcomings.”