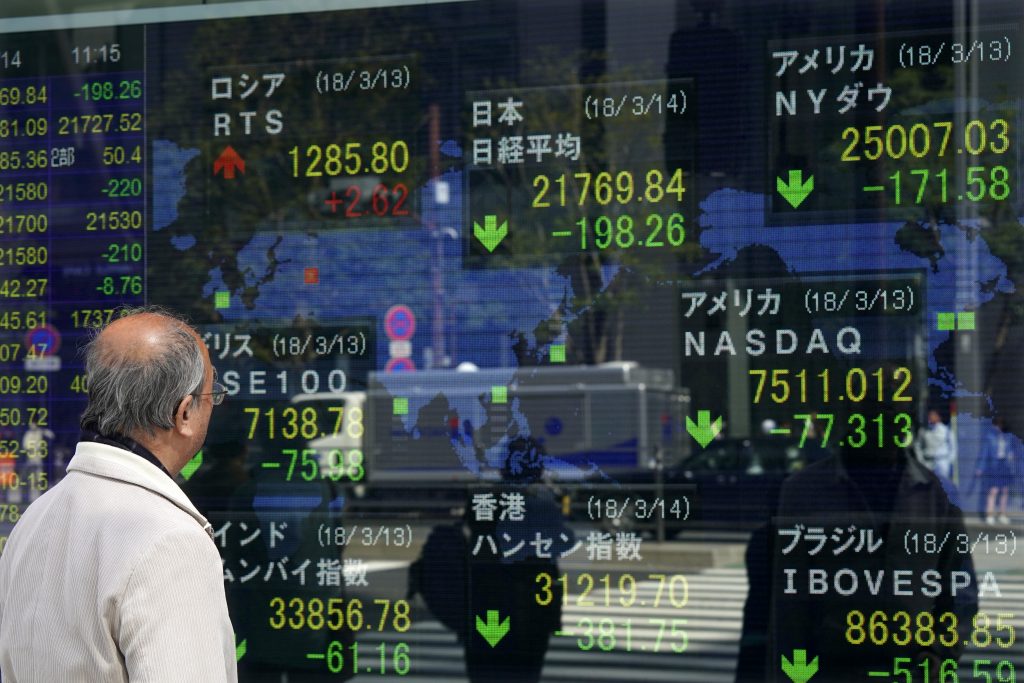 Asian shares fell Wednesday, taking their cue from a dip on Wall Street after the abrupt departure of U.S. Secretary of State Rex Tillerson. Concern over tariff hikes announced by President Donald Trump was weighing on sentiment.

“Over and above the reflection of chaos within the U.S. administration, the removal of another balancing voice in the White House shortly after ex-economic adviser Gary Cohn’s departure certainly induced jitters within the market,” said Jingyi Pan, market strategist at IG in Singapore.

Behind the Wall Street drop was Trump’s blocking of Singapore-based chipmaker Broadcom’s effort to buy Qualcomm, one of the biggest makers of processors that power smartphones and other mobile devices. The deal would have been the largest in the history of the technology industry and Broadcom’s offer came as other countries are also getting ready to build faster “5G” wireless networks.

Benchmark U.S. crude added 2 cents to $60.73 a barrel in electronic trading on the New York Mercantile Exchange. It slumped 65 cents to $60.71 a barrel overnight. Brent crude, used to price international oils, shed 14 cents to $64.50 per barrel.