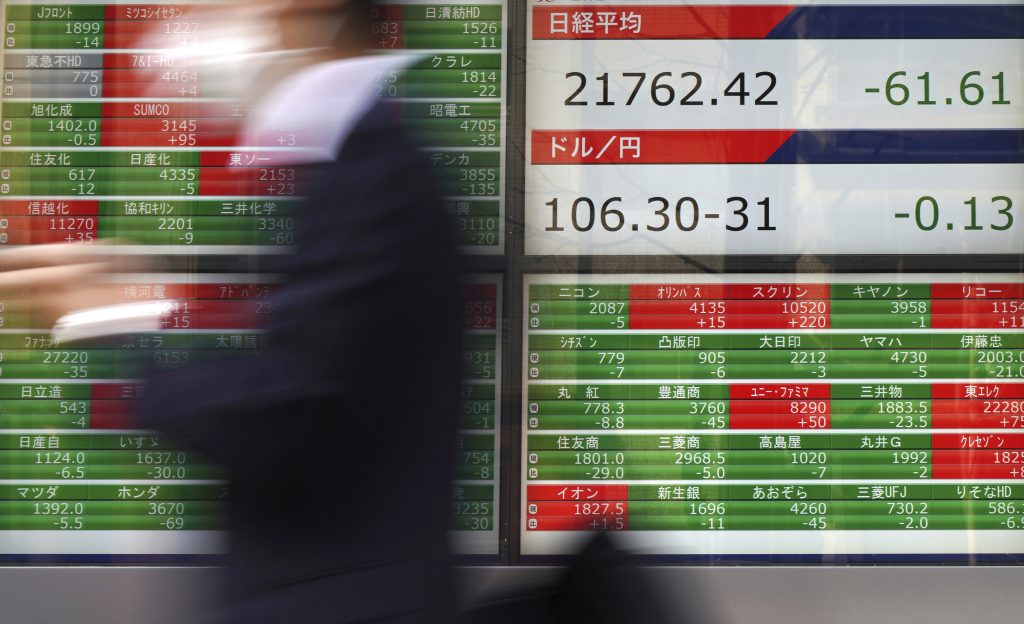 World shares inched higher on Tuesday, eking out limited gains as investors kept a wary eye on a U.S. inflation reading later in the day that could offer clues on the pace of Federal Reserve interest rate hikes this year.

The MSCI All-Country World Index of Stocks, which tracks shares in 47 countries was up less than 0.1 percent.

The index has recovered about half its losses during a violent shakeout in stocks in February. The sell-off came on the back of strong U.S. wage numbers, which investors feared might feed into inflation and push the U.S. central bank toward a faster pace of monetary tightening.

“Today’s CPI inflation data is likely to add further color to the U.S. inflation picture, however it probably won’t add any further clarity to the overall inflation outlook puzzle, given that the Fed doesn’t use CPI as its inflation benchmark,” said Michael Hewson, chief markets analyst at CMC Markets in London.

“Nonetheless it is still a useful gauge in establishing when and how the price pressures we’ve been seeing build up in US supply chains start to filter down into the wider economy.”

While the consumer price index is a popular barometer of economic health, it is not the primary gauge the Fed uses to determine whether it is meeting its mandate of price stability. Instead, the Fed uses the personal consumption expenditure (PCE) index.

European shares opened positive, with the pan-European STOXX 600 gaining 0.1 percent. Italian and Spanish stocks rose 0.3 to 0.4 percent, while Britain’s FTSE was a laggard, down 0.1 percent.

Earlier in Asia, MSCI’s broadest index of Asia-Pacific shares outside Japan was up 0.2 percent after spending much of the day swerving in and out of negative territory.

But a mixed performance by U.S. shares overnight tempered the rally.

The S&P 500 and the Dow slipped on Monday as the U.S. tariffs signed into law last week weighed on industrials, while a rise in tech stocks boosted the Nasdaq to a new record high.

In currencies, the Japanese yen fell over half a percent to a two-week low against the dollar, pressured by a political scandal engulfing Japanese Prime Minister Shinzo Abe’s government. It also lost ground to the euro.

The yen tends to suffer in an environment when riskier and higher-yielding assets are bid but Morgan Stanley strategists said in a note that a further deterioration in the political situation that affected the position of Abe, could see the yen “forcefully return towards its previous upward trend.”

The dollar index, which measures the greenback against a basket of currencies, was up 0.2 percent.

“The broader story remains that of U.S. monetary policy normalization in the backdrop of an improving economy and a further decline in currency market volatility would only fuel more risk taking appetite,” said Commerzbank’s FX strategist Thu Lan Nguyen.

Slovakia’s 10-year bond yield rose as much as five basis points and the cost of insuring exposure to its debt hit the highest in almost three months as the country’s government inched towards collapse. Slovak Prime Minister Robert Fico’s government moved closer to collapse on Monday after his junior coalition partner called for early elections amid a political crisis sparked by the killing of a journalist.

In commodities, crude oil prices staged a recovery after sliding on concerns over rising U.S. output.