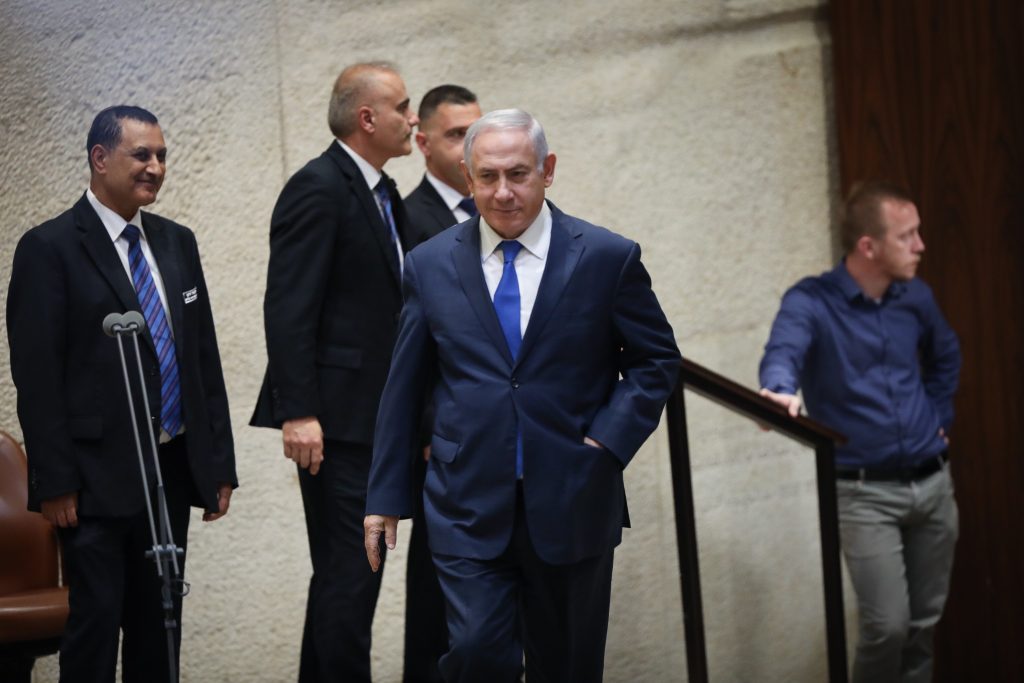 While Avigdor Liberman’s threat to leave the coalition over the military draft bill has so far failed to materialize and budget deliberations have moved forward, the clouds of early elections still hang in the air.

Attorney General Avichai Mandelblit was expected to veto the compromise worked out between Prime Minister Binyamin Netanyahu and the chareidi parties, and to insist on certain changes before giving it his endorsement, The Times of Israel reported on Monday.

“Senior sources in the coalition” were quoted as saying the law will see significant revision before it reaches the second and third plenary readings after Pesach.

However, if the sides fail to agree to changes, early elections would again loom.

In the Knesset on Monday afternoon, PM Netanyahu indicated that the future of the coalition was still not assured.

“If there are elections, we will win – but we are not there yet,” he said.

“The hour is late but not too late, we must make one last effort to keep the govt in its current composition,” he added.

Addressing opposition MKs, he told them that they “want the government to remain because [they’re] afraid of elections.”

To his coalition partners, PM Netanyahu appealed for unity: “Because of the immense challenges, I call on my friends – chiefly among them [Defense Minister Avigdor] Lieberman and the chareidim – and I tell them that the hour is late but not too late. We must act responsibly. The country needs a stable government that functions over time – it needs our government.”

“It’s still unclear whether Bibi wants elections or not,” a party official told The Times of Israel.

“Elections are certainly still on the table even with the conscription agreement,” the official added, though other coalition sources were more confident that the crisis had been resolved.

Meanwhile, Yisrael Beytenu, while still in the coalition, was vowing to fight on against the draft bill.

MK Oded Forer told Israel Radio: “We will oppose the conscription law. There is no room for compromise…”

Robert Ilatov, another Yisrael Beytenu MK, similarly said the party would oppose the bill and added that the compromise deal was “irrelevant.”