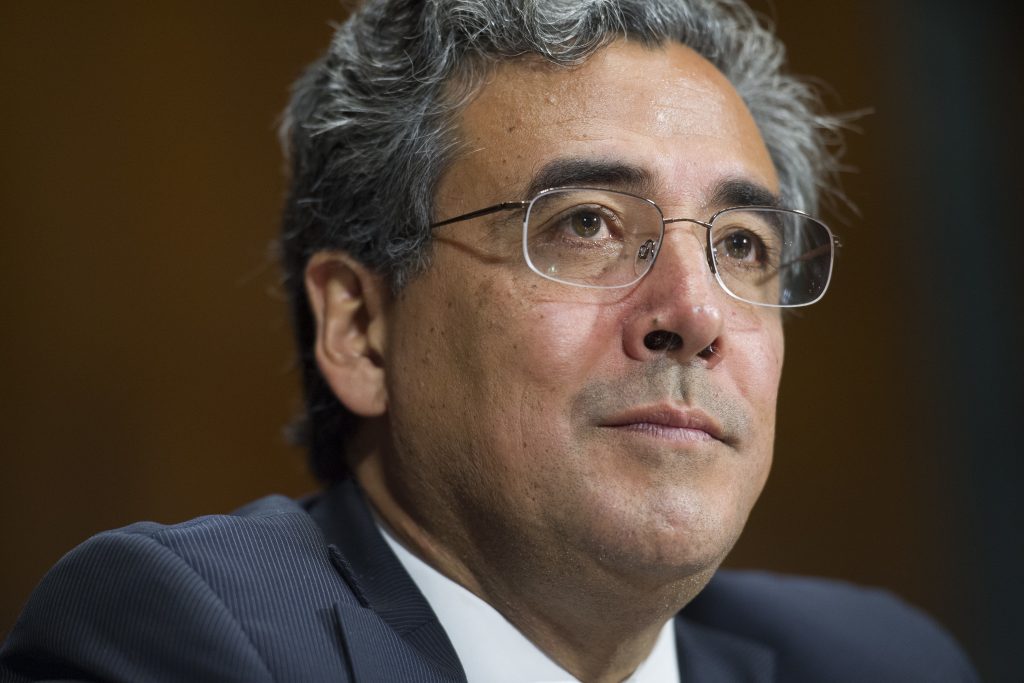 In a move that has outraged and baffled Jewish groups and Trump administration supporters, the Justice Department filed on the side of the PLO against Jewish terror victims who want to appeal a lower court ruling denying them a total of $656 million compensation in six separate terror attacks.

Solicitor General Noel Francisco asked the Supreme Court to refuse to hear the appeal, arguing mostly on technicalities relating to due process. The solicitor general reportedly argued that the PLO qualifies as a “person” under U.S. law, thus entitled to the guarantee of due process.

On the other hand, the filing argues that the presence of two PLO offices in the United States does not qualify it as a legitimate target for litigation.

And since the terrorists did not necessarily know that some of the casualties would be Americans, it brings into question whether the case meets the criteria of entities that deliberately target U.S. interests.

Such arguments did not deter the criticism against it. “The United States has in effect assented to the jurisdictional hurdles imposed by the Second Circuit, which will prevent many, if not most, victims of international terrorism from suing to hold their terrorist attackers accountable,” said the ZOA.

The families of the victims sued the PLO in 2004 under the Anti-Terrorism Act (ATA) of 1992, which was written expressly to provide terror victims the opportunity to seek damages against terrorists in U.S. courts, even when the crimes are perpetrated in foreign countries.

The administration’s argument “hurts the American terror victims, aids and comforts terrorists, and makes them less concerned about facing consequences for their hideous actions,” said a March 7 statement by Morton Klein, the ZOA president, and Susan Tuchman, the director of the ZOA’s Center for Law and Justice.

The families’ appeal has won bipartisan support in Congress. In October 2017, Republican and Democratic lawmakers in the House and Senate urged the solicitor general to support the families’ appeal. Rep. Kathleen Rice, D-N.Y., initiated a letter in the House of Representatives signed by 67 Republicans and Democrats. Sen. Chuck Grassley, R-Iowa, who helped author the ATA, initiated a letter signed by 23 senators of both parties.

Reports noted that the State Department has stood aside on the issue, ignoring a request from Rep. Ed Royce (R-Calif), chairman of the House Foreign Affairs Committee, to Rex Tillerson, for legal support for the victims. Since it is the department’s responsibility to protect Americans abroad, observers were at a lost to explain why it was taking the PLO’s side.

The Supreme Court is expected to decide by March 29 whether it will consider the appeal in the case known as Sokolow v. Palestine Liberation Organization.