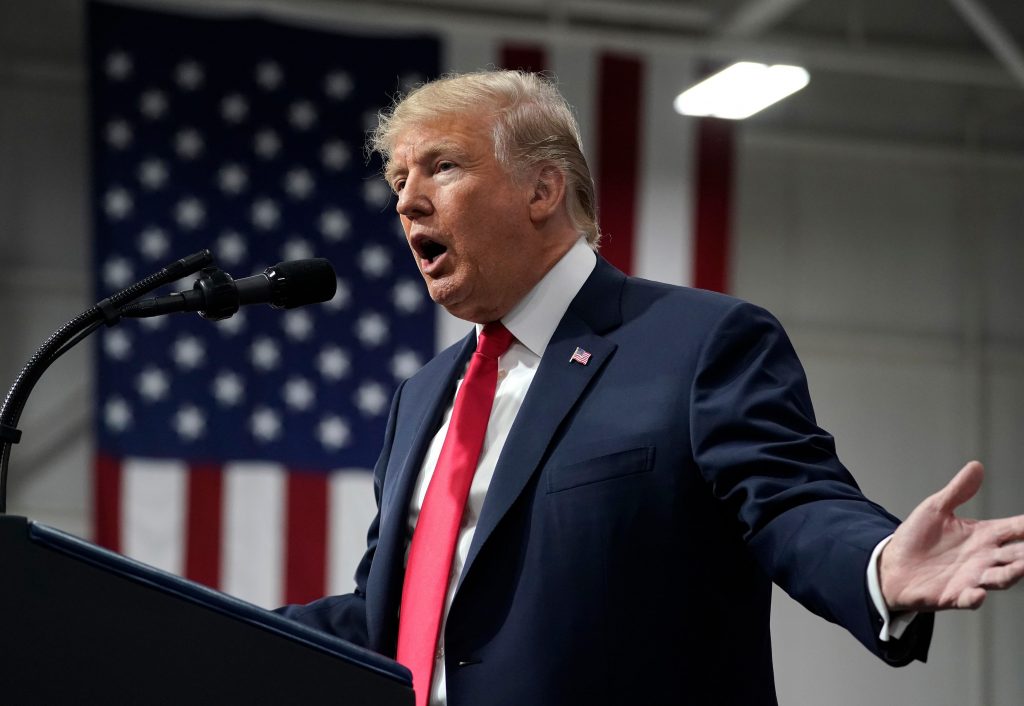 President Donald Trump is calling for harsh punishments for drug dealers, including potentially the death penalty.

Trump says countries like Singapore have fewer issues with drug addiction because of how much more harshly they punish their dealers.

Trump says, “the only way to solve the drug problem is through toughness.” Trump is making the case that a person can get the death penalty or life in prison for shooting a single person, but a drug dealer can kill thousands and spend little or no time in jail.

Trump is questioning whether the U.S. is ready for laws like Singapore’s or China’s. But he say he thinks it’s something worth thinking about.