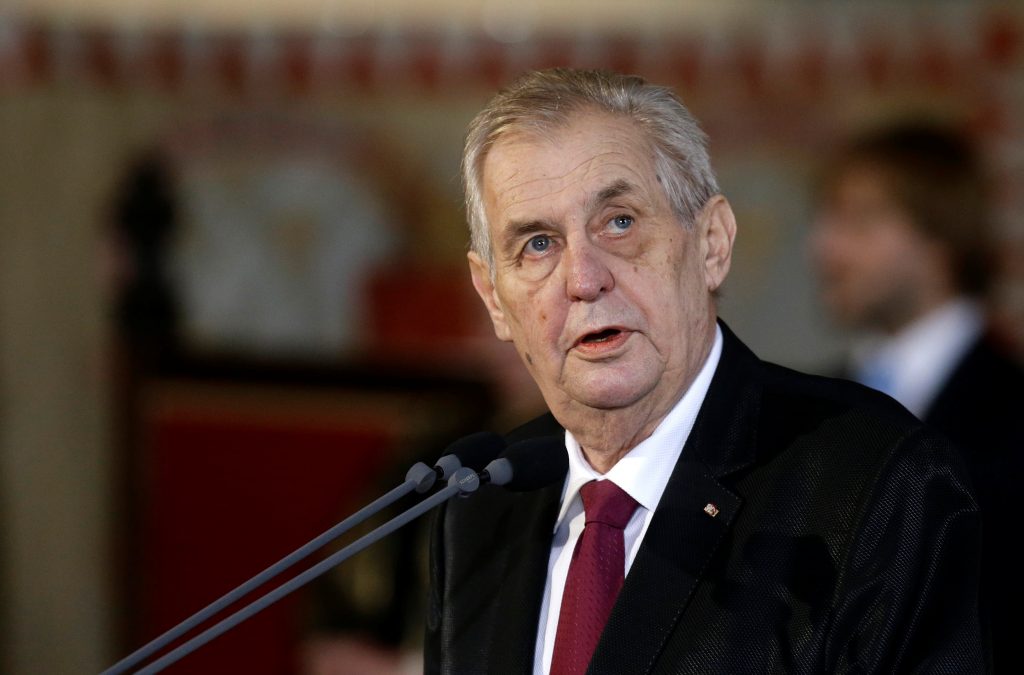 The Czech Republic may be joining the U.S. and Guatemala in moving its Israel embassy to Yerushalayim, as newly re-elected President Milos Zeman said on Thursday he is making it a “top priority.

The move would mean keeping a promise made during the election campaign in December. Lidové noviny& newspaper said that the announcement indicates that Zeman hopes to accelerate the process.

However, the Czech foreign ministry has balked at the idea. In December, it released a statement saying:

“The Ministry can start considering moving of the Czech embassy from Tel Aviv to Jerusalem only based on results of negotiations with key partners in the region and in the world.”

It also pointed out the problem that the country does not currently own property in Yerushalayim that would be suitable for an embassy. Why it could not acquire a suitable site was not explained.

In any case, talks between the Czech Republic and Israel have proceeded. An interministerial working group met to discuss the matter at the end of February, headed by Rudolf Jindrák, director of the Foreign Department of Zeman’s office, the report said.&

Israel’s ambassador to the Czech Republic, Daniel Meron, cast his vote of confidence, saying that “the Czech Republic is one of Israel’s closest allies in Europe and President Zeman himself is a true friend of the Jewish people.”