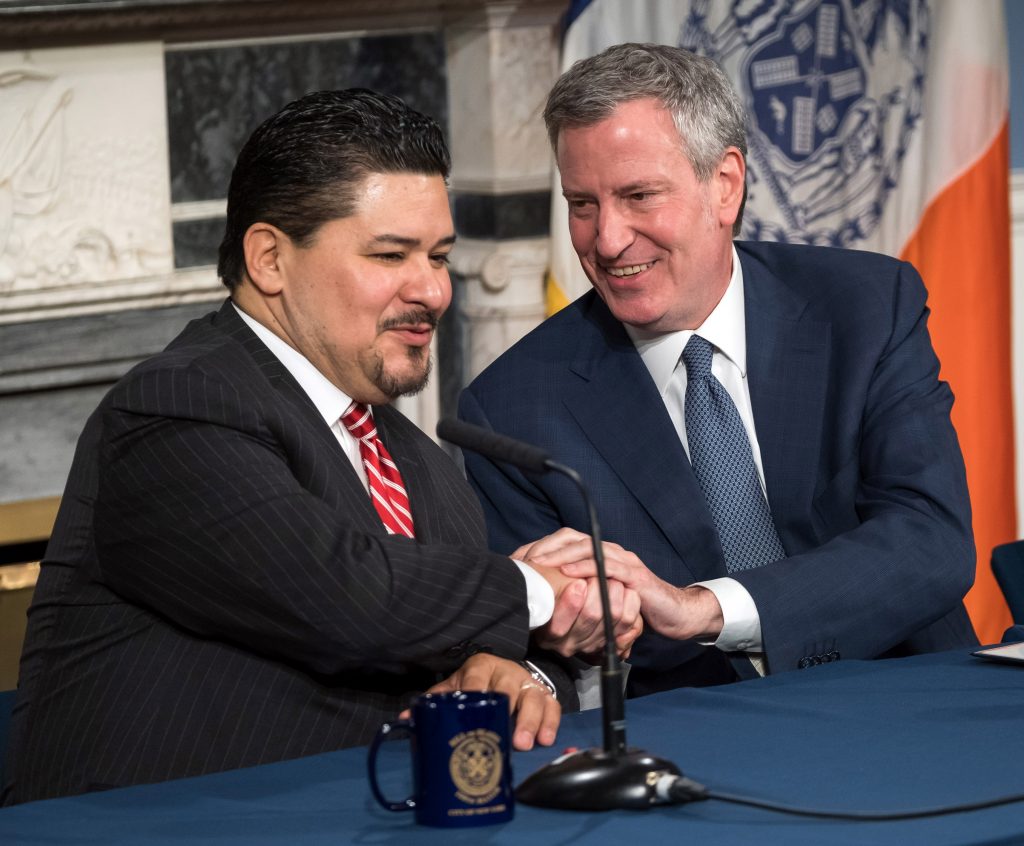 De Blasio, a Democrat, said Monday that Richard A. Carranza has been appointed to replace Chancellor Carmen Farina, who’s retiring.

“Richard is the right person to lead our school system forward as we build on the progress we’ve made over the past four years and make our vision of equity and excellence for every child a reality,” de Blasio said.

Miami’s schools superintendent had accepted the post but then backed out last week. Alberto Carvalho cited emotional pleas from the Miami schools community to stay.

Carranza said he was “incredibly honored” to be chosen.

“As the son of blue collar workers and a lifetime educator, it is an honor to serve New York City’s 1.1 million children as Schools Chancellor,” said Carranza.