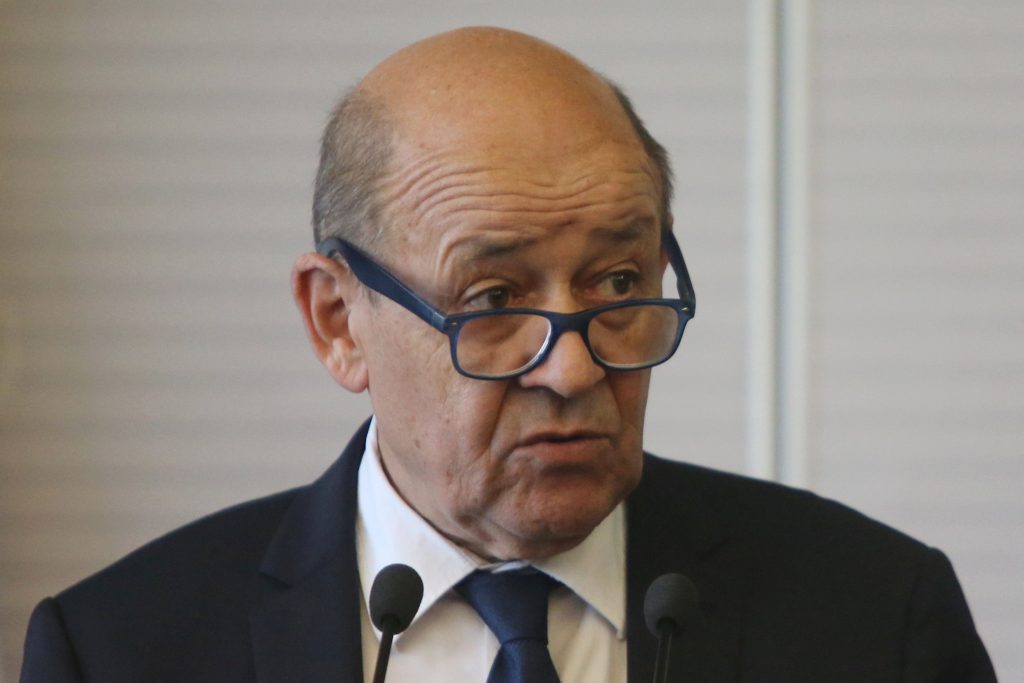 France’s foreign minister arrived in Tehran on Monday for meetings with the country’s president and his Iranian counterpart, Iranian state media reported, with talks likely to focus on Syria’s yearslong war and French criticism of Iran’s ballistic missile program.

While French leaders, including President Emmanuel Macron, have criticized Iran’s missile program, French companies like oil giant Total SA have bullishly entered the Iranian market after the atomic accord, complicating any possible sanctions.

Le Drian had been scheduled to visit Tehran earlier but postponed his trip after protests across Iran in late December and early January that saw at least 21 people killed. Macron praised the demonstrations as “the free expression of the Iranian people,” though he did not offer a full-throated encouragement of them like President Donald Trump.

Ahead of Le Drian’s trip, the French Foreign Ministry issued a statement saying he would pursue “a frank and demanding dialogue with Iran,” including over its ballistic missile program and its regional activities.

Macron also has said he wants to see the emergence of an accord limiting Iran’s regional presence. The Iranian-backed Hezbollah terror  group is notably fighting in Syria at the side of President Bashar Assad and has a prime political role in Lebanon, where it is based.